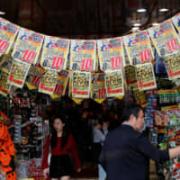 Masayoshi Son's startups have had a rough few months, from a botched initial public offering by WeWork to a sharp decline in shares of Uber Technologies Inc. Now analysts are beginning to calculate that the damage for Son's SoftBank Group Corp. will likely reach into the billions of dollars. Mitsubishi UFJ Morgan Stanley Securities Co. cut its profit estimate for SoftBank's Vision Fund, its main investment vehicle, by ¥580 billion ($5.4 billion) to an operating loss of ¥367.6 billion for the September quarter, citing declines in the stock prices of Uber and Slack Technologies Inc. and the withdrawn WeWork IPO. It also reduced SoftBank Group's fiscal year operating profit by the same amount to ¥1.01 trillion. Son is going through a particularly rocky stretch after repositioning SoftBank from a telecom operator into an investment conglomerate, with stakes in scores of startups around the world. He built a personal fortune of about $14 billion with strategic bets on companies such as China e-commerce giant Alibaba Group Holding Ltd. 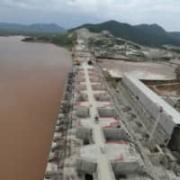 NEW YORK – WeWork is considering a bailout that will hand control of the co-working giant to SoftBank Group Corp., according to a person familiar with the matter, one of two main options to rescue the once high-flying startup. The Japanese investment powerhouse controlled by billionaire Masayoshi Son is convinced it can turn around the cash-strapped American company with the right financial controls in place, the person said, asking not to be identified talking about internal deliberations. WeWork's board and backers, however, are also weighing another option: JPMorgan Chase & Co. is leading discussions about a $5 billion debt package, Bloomberg has reported. Either rescue package would ease a cash crunch that could leave the office-sharing company short of funds as soon as next month. The office-sharing startup had been headed toward one of the year's most hotly anticipated IPOs before prospective investors balked at certain financial metrics and flawed governance, turning the American giant into a cautionary tale of private market exuberance and costing the company's top executive his job.

In early 2018, the founders of Chinese artificial intelligence startup SenseTime Group Ltd. flew to Tokyo to see billionaire investor Masayoshi Son. As they entered the offices, Chief Executive Officer Xu Li was hoping to persuade the head of SoftBank Group Corp. to invest $200 million in his three-year-old startup. A third of the way into the presentation, Son interrupted to say he wanted to put in $1 billion. A few minutes later, Son suggested $2 billion. Turning to the roomful of SoftBank managers, Son said this was the kind of AI company he'd been looking for. "Why are you only telling me about them now?" he asked, according to one person in the room. 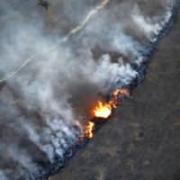 SoftBank Group, the biggest investor in WeWork owner We Co., is exploring ways to replace Adam Neumann as chief executive of the U.S. office-sharing startup, according to four sources. The rare showdown between SoftBank and one of its biggest investments comes after We Co. postponed its initial public offering last week following pushback from perspective investors, not just over its widening losses but also over Neumann's unusually firm grip on the company. This was a blow for SoftBank, which was hoping hat We Co.'s IPO would bolster its profits as it seeks to woo investors for its second $108 billion Vision Fund. It invested in We Co. at a $47 billion valuation in January, yet stock market investor skepticism led to the startup considering a potential valuation in the IPO earlier this month of as low as $10 billion. What was the venture capital world's biggest upset is now morphing into one of corporate America's most high-profile boardroom dramas. 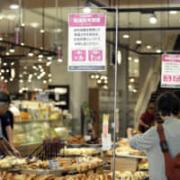 WeWork named a new head of its Japanese operations, replacing a company veteran with close ties to former Chief Executive Officer Adam Neumann. Kazuyuki Sasaki, the former managing director of WeWork Japan, has been named its new CEO, the company said in a statement on Wednesday. Sasaki replaces Chris Hill, who has headed Japan operations since their start in 2017 and also served as chief product officer of WeWork parent The We Co. Hill was reported to be among several executives that left the company after Neumann stepped down last week under pressure from spooked investors. WeWork declined to comment on whether Hill, Neumann's brother-in-law, is still with the company. While WeWork doesn't disclose revenues by region, Japan is one of the company's most important markets, not least because the country is home to its biggest shareholder -- SoftBank Group Corp.