Robotics, machine learning, data science, and mathematical modelling are just some of the tools that a group of researchers will use to forecast environmental changes across Antarctica as part of a seven-year research project. To be led by Monash University, the Securing Antarctica's Environmental Future (SAEF) project will involve 30 Australian and overseas organisations, including Queensland University of Technology (QUT), University of Wollongong, University of New South Wales, James Cook University, University of Adelaide, the South Australian Museum, and the Western Australian Museum. According to QUT Institute for Future Environments executive director Kerrie Wilson, who will form part of the program's leadership team, the research aims to "bring new perspectives to Antarctic conservation". "Antarctica is facing unprecedented threats from climate change, fishing, visitation, and other human activities. Safeguarding its future will require new ideas, and collaborations between different fields of science," she told ZDNet.

The scientific and technological revolution of the Internet of Things has begun in the area of oceanography. Historically, humans have observed the ocean from an external viewpoint in order to study it. In recent years, however, changes have occurred in the ocean, and laboratories have been built on the seafloor. Approximately 70.8% of the Earth's surface is covered by oceans and rivers. The Ocean of Things is expected to be important for disaster prevention, ocean-resource exploration, and underwater environmental monitoring. Unlike traditional wireless sensor networks, the Ocean Network has its own unique features, such as low reliability and narrow bandwidth. These features will be great challenges for the Ocean Network. Furthermore, the integration of the Ocean Network with artificial intelligence has become a topic of increasing interest for oceanology researchers. The Cognitive Ocean Network (CONet) will become the mainstream of future ocean science and engineering developments. In this article, we define the CONet. The contributions of the paper are as follows: (1) a CONet architecture is proposed and described in detail; (2) important and useful demonstration applications of the CONet are proposed; and (3) future trends in CONet research are presented. 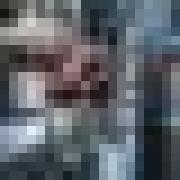 One thing that dominates the surface of the earth is the ocean. From regulating our climate, securing transportation of goods across nations, from minerals to polymetallic nodules, harnessing clean energy sources to deep research, it holds numerous potentials that are yet to be harnessed. The United Nations has declared 2021 to 2030 – a Decade of Ocean Science for Sustainable Development to support efforts to reverse the trend of declining ocean health and bring ocean stakeholders worldwide together behind a collective structure to work for ocean sustainability. In a recent research by the University of Bath, two AI algorithms -- Latent Variable Gaussian Process (LVGP) model and Probabilistic Principal Component Analysis (PPCA) were used to understand the sonar echoes in the ocean. The research aimed at observing the changes that can happen with sonar echoes at different depths, salinity, and temperature.

As much as we like writing about quadrupedal robots, it's always been a little bit tricky to see how they might be commercially useful in the near term outside of specialized circumstances like disaster response. We've seen some hints of what might be possible from Boston Dynamics, which has demonstrated construction inspection with SpotMini, but that's not necessarily a situation where a robot is significantly better than a human. In September, ANYbotics brought one of their industrial quadrupeds, ANYmal, to an offshore power distribution platform in the North Sea. It's very remote, and nothing much happens there, but it still requires a human or two to wander around checking up on stuff, a job that nobody wants. A crucial task for energy providers is the reliable and safe operation of their plants, especially when producing energy offshore.

To reduce Operation and Maintenance (O&M) costs on offshore wind farms, wherein 80% of the O&M cost relates to deploying personnel, the offshore wind sector looks to robotics and Artificial Intelligence (AI) for solutions. Barriers to Beyond Visual Line of Sight (BVLOS) robotics include operational safety compliance and resilience, inhibiting the commercialization of autonomous services offshore. To address safety and resilience challenges we propose a symbiotic system; reflecting the lifecycle learning and co-evolution with knowledge sharing for mutual gain of robotic platforms and remote human operators. Our methodology enables the run-time verification of safety, reliability and resilience during autonomous missions. We synchronize digital models of the robot, environment and infrastructure and integrate front-end analytics and bidirectional communication for autonomous adaptive mission planning and situation reporting to a remote operator. A reliability ontology for the deployed robot, based on our holistic hierarchical-relational model, supports computationally efficient platform data analysis. We analyze the mission status and diagnostics of critical sub-systems within the robot to provide automatic updates to our run-time reliability ontology, enabling faults to be translated into failure modes for decision making during the mission. We demonstrate an asset inspection mission within a confined space and employ millimeter-wave sensing to enhance situational awareness to detect the presence of obscured personnel to mitigate risk. Our results demonstrate a symbiotic system provides an enhanced resilience capability to BVLOS missions. A symbiotic system addresses the operational challenges and reprioritization of autonomous mission objectives. This advances the technology required to achieve fully trustworthy autonomous systems.