Agents are computational entities that are situated in dynamic environments, acting to fulfill desired ends, and reacting to changing situations. Agents or, at least, an important subclass of agents, can be viewed as having mental states that comprise the beliefs, desires, plans, and intentions both of themselves and of others. While it is reasonable for us, as designers of multi-agent systems, to provide for an agent its own beliefs, desires, and plans (based on which it forms its intentions), it is quite natural for the agents then to recognize the beliefs, desires, plans, and intentions of the other agents in its environment. There has been considerable work in recent years on plan recognition [9, 11] that focuses on inferring the plans and intentions of other agents. However, most of this work treats plan recognition as the reverse process of classical planning, concerned with inferring plans .262

The simultaneous control of multiple coordinated robotic agents represents an elaborate problem. If solved, however, the interaction between the agents can lead to solutions to sophisticated problems. The concept of swarming, inspired by nature, can be described as the emergence of complex system-level behaviors from the interactions of relatively elementary agents. Due to the effectiveness of solutions found in nature, bio-inspired swarming-based control techniques are receiving a lot of attention in robotics. One method, known as swarm shepherding, is founded on the sheep herding behavior exhibited by sheepdogs, where a swarm of relatively simple agents are governed by a shepherd (or shepherds) which is responsible for high-level guidance and planning. Many studies have been conducted on shepherding as a control technique, ranging from the replication of sheep herding via simulation, to the control of uninhabited vehicles and robots for a variety of applications. We present a comprehensive review of the literature on swarm shepherding to reveal the advantages and potential of the approach to be applied to a plethora of robotic systems in the future.

The safety of our online lives has become increasingly important. Whether it be interference in elections, attacks by hostile forces, or online fraud, the security of the web feels fragile. Cybersecurity has reached a crossroads and we need to decide where it goes next. The outcome will touch each of us – will we pay more and yet still be less safe? Will we face higher insurance premiums and bank charges to cover the rising number of cyber-incidents?

Supercomputing on a chip AutoSens Conference 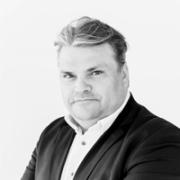 In Grenoble, France, one company is aiming to make an impact in the field which is so visibly dominated by multi-billion dollar corporations. We caught up with the company's Business Unit Director responsible for introducing their products to the Automotive market, Stéphane Cordova, to find out more, ahead of their attendance at AutoSens Detroit in May. The company's approach to "Supercomputing on a chip" has evolved from a the business origins providing components and software services to data centres, where high speed and reliability as well as low power consumption and significantly reduced heat generation were all key factors in processor component design. What helped you decide to commit to exhibiting at AutoSens again? Kalray's technology will be at the heart of autonomous driving.