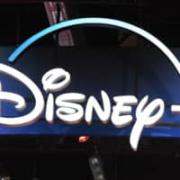 BANGALORE, INDIA/SAN FRANCISCO – Facebook Inc. removed 3.2 billion fake accounts between April and September, along with millions of posts depicting child abuse and suicide, according to its latest content moderation report released on Wednesday. That more than doubles the number of fake accounts taken down during the same period last year, when 1.55 billion accounts were removed, according to the report. The world's biggest social network also disclosed for the first time how many posts it removed from popular photo-sharing app Instagram, which has been identified as a growing area of concern about fake news by disinformation researchers. Proactive detection of violating content was lower across all categories on Instagram than on Facebook's flagship app, where the company initially implemented many of its detection tools, the company said in its fourth content moderation report. For example, the company said it proactively detected content affiliated with terrorist organizations 98.5 percent of the time on Facebook and 92.2 percent of the time on Instagram.

Last month, Facebook published its internal community enforcement guidelines for the first time and today, the company has provided some numbers to show what that enforcement really looks like. In a new report that will be published quarterly, Facebook breaks down its enforcement efforts across six main areas -- graphic violence, adult nudity and sexual activity, terrorist propaganda, hate speech, spam and fake accounts. The report details how much of that content was seen by Facebook users, how much of it was removed and how much of it was taken down before any Facebook users reported it. Spam and fake accounts were the most prevalent and in the first quarter of this year, Facebook removed 837 million pieces of spam and 583 million fake accounts. Additionally, the company acted on 21 million pieces of nudity and sexual activity, 3.5 million posts that displayed violent content, 2.5 million examples of hate speech and 1.9 million pieces of terrorist content.

Facebook is still struggling to curb the spread of spam, hate speech, violence and terrorism on its site. In its first quarterly Community Standards Enforcement Report, Facebook disclosed that it disabled 1.3 billion'fake accounts' over the past two quarters, many of which had'the intent of spreading spam or conducting illicit activities such as scams'. The tech giant also revealed millions of standards violations that occurred in the last six months leading up to March. This includes inappropriate content like vilification, graphic violence, adult nudity and sexual activity, terrorist propaganda, spam and fake accounts. Facebook acknowledged that its artificial intelligence detection technology'still doesn't work that well,' particularly when it comes to hate speech, and that it needs to be checked by human moderators.

The increasing accessibility of data provides substantial opportunities for understanding user behaviors. Unearthing anomalies in user behaviors is of particular importance as it helps signal harmful incidents such as network intrusions, terrorist activities, and financial frauds. Many visual analytics methods have been proposed to help understand user behavior-related data in various application domains. In this work, we survey the state of art in visual analytics of anomalous user behaviors and classify them into four categories including social interaction, travel, network communication, and transaction. We further examine the research works in each category in terms of data types, anomaly detection techniques, and visualization techniques, and interaction methods. Finally, we discuss the findings and potential research directions.

Although pundits predict that online shopping is stealing a march on in-store buying, and use technology to spend more of their cash, cyber security fears still abound. Louisville, Kentucky is building a unique bridge between the smart city and the smart home. Here's what communities and citizens can learn about the benefits of the onrushing digital transformation. According to a new survey by Bethesda, MD-based identity and digital protection solutions Generali Global Assistance, seven out of ten Americans (71 percent) are concerned that their financial and personal information could be compromised due to data breaches while shopping during this holiday season. The company surveyed 1,004 US adults in November 2018.