The move to prioritize community lenders came after criticism that the initial round of Paycheck Protection Program funding was unevenly and unfairly distributed. The program's structure favored businesses with existing banking relationships, creating unique challenges for some of the most vulnerable business owners. When the program opened in April, the money ran out in just 13 days, inflaming borrowers who were shut out. Congress allocated additional funds, which proved sufficient: When the program ended, more than $120 billion was left unspent. Borrowers were previously limited to just one loan, but the new funding will be available to both first-time and returning borrowers.

A student loan "debt-relief" company has been ordered to pay more than $146,000 as a result of a court judgment against its unlawful and predatory business practices, Attorney General Maura Healey said Wednesday. The judgment was entered in Suffolk Superior Court against Student Loan Relief Inc. and Student Loan Relief of Texas Inc. -- collectively "SLR" -- for engaging in unfair and deceptive business practices, including unlawful upfront and ongoing fees, Healey said. "These businesses market themselves as student loan'debt-relief' companies when in reality they exploit vulnerable borrowers looking for help," she said. "We have shut down these illegal operations in Massachusetts and secured refunds for students." The judgment against SLR includes restitution for affected student borrowers and $130,000 in civil penalties.

The city of Philadelphia has sued Wells Fargo, accusing the bank of discriminating against minority home buyers. The complaint, filed Monday in a federal court in Pennsylvania, alleges that Wells Fargo violated the Fair Housing Act of 1968 by "steering" minority borrowers into mortgages that were more expensive and riskier than those offered to white borrowers, according to court documents. The lawsuit says Wells Fargo is among the major banks with a "history of redlining" in Philadelphia, a practice traced back to the 1930s that involves denying credit to borrowers in certain communities because of their race or ethnicity. The complaint says that between 2004 and 2014, African American borrowers were twice as likely to receive high-cost loans when compared with white borrowers with similar credit backgrounds. Latino borrowers were 1.7 times as likely to receive costly loans when compared with white borrowers, the lawsuit claims.

"President Trump spent years defrauding and misleading students with his sham Trump University, so it's no surprise his Administration wants to sit by while other predatory colleges defraud their students," Sen. Patty Murray, D-Wash., said in a statement. "Thousands of borrowers who have been cheated by dishonest institutions are currently drowning in debt with no degree to show for it, so I am extremely disappointed that Secretary DeVos has decided, once again, to side with special interests and predatory for-profit colleges instead of students and borrowers." 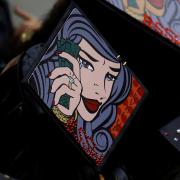 Some borrowers were not told their loans were not part of the program, their repayment plans were wrong, or their employers were not considered a public service, according to the CFPB. Also, some servicers under-recorded qualifying payments or did not tell borrowers that loan consolidations wipe out payment histories, pushing forgiveness farther into the future.