Airspace Systems' "Interceptor" can catch high-speed drones all by itself

San Leandro based Airspace Systems is making a business out of solving the toughest problems facing the emerging drone industry. The company designed a drone of its own, jam packed with sensors and machine intelligence, to autonomously intercept threatening drones at high speeds and carry them away from large crowds. If you think this sounds difficult, you would be right. The company employs a myriad of technologies for its unmanned flying dogfighters that include computer vision, physics, and some pretty serious engineering grit. To not only detect enemy drones, but predict where they will be in the future, CTO Guy Bar-Nahum, and a team of machine learning and computer vision experts, devised a creative method of training their machine learning frameworks using simulated test-flights.

The top artificial intelligence stories of 2016

We also saw some truly awesome applications of computer vision. While autonomous cars stole most of the headlines in this space, others pushed the technology into unique hardware and IoT devices. San Leandro-based Airspace Systems built an autonomous drone that can identify other threatening drones in the sky and capture them in kevlar netting, without a human on the other end of the trigger. Airspace's "Interceptor" drone then carries the captured craft back to a designated, safe, location. The team took a novel approach to training its machine learning framework, using a 3D flight simulator to give the system experience before using real-world imagery and field testing.

Tourists, take note: As drones multiply, so do rules governing where they can be flown 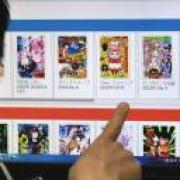 Make a trip to any major electronics store today and you're bound to find a section selling drones. Once little more than toys for enthusiasts, today's commercially available drones come in all shapes and sizes and are used for all sorts of purposes, with prices ranging from thousands to hundreds of thousands of yen. But the proliferation of drone technology has brought with it questions about security, and invasion of privacy. The central government and many localities around Japan have put into place a number of ordinances in recent years limiting and forbidding drones near certain locations. Last year the National Policy Agency said there had been 68 cases of illegal drone flights, almost double the previous year's 36.

The Feds Are Arming Themselves to Drive Drones Out of Airports

When an unidentified object hit a British Airways A320 on the nose on its approach to Heathrow last month, the encounter was widely believed the fault of some dope who had flown his drone into busy airspace, endangering the lives of the 137 people aboard the jet. "It was bound to happen," the British Airline Pilots Association said. This time, the errant "drone" was actually a plastic bag, but the FAA isn't sitting around, waiting for a next time. This month, the Federal Aviation Administration announced it's expanding its Pathfinder Program, which it created to detect and identify drones flying too close to airports. To make that happen, the agency's conducting joint research with a number of companies to identify the technology that might be used to spot, block, and drop the unwanted unmanned aircraft systems.

Amazon and Google announced two years ago that they are working on drone delivery systems for goods purchased online, and Google officials have said they expect deliveries to begin sometime in 2017. Earlier this year, the Senate passed an aviation bill that would require the FAA to issue regulations within two years to enable drone deliveries. But the FAA's slow pace led frustrated lawmakers to include a provision in a major aviation bill four years ago setting deadlines for the agency to issue regulations to integrate safely small drones into the national airspace by August 2014 and other drones by September 2015. In April, FAA officials said they are working on regulations that would permit small, commercial drones to fly over people and crowds based on recommendations from an industry advisory committee.