In general, CDP found that European makers of fast-moving consumer goods are ahead of U.S. rivals in preparing for climate change -- a disparity also seen in other sectors, such as automotive or oil and gas. France's Danone came first in the food and drinks sector, while Kraft Heinz came last out of nine; similarly Paris-based cosmetics company L'Oreal ranked second in the household and personal care sector, against New York-based rival Estee Lauder, which came last out of seven.

New, cool stuff from the International Travel Goods Show to ease you down the road

By piecing together the annual production of every major fossil fuel company since the Industrial Revolution, geographer Richard Heede has shown that nearly two-thirds of the major industrial greenhouse gas emissions have originated in just 90 companies around the world, which either emitted the carbon themselves or supplied carbon ultimately released by consumers and industry. The study provoked controversy when it was first published, with some complaining that it unfairly held the fossil fuel industry responsible for the lifestyle choices made by billions of consumers. Others, however, saw it as a turning point in the debate about apportioning responsibility for climate change. Now, Heede's carbon accounting is opening a new chapter in climate change litigation and policy, helping equip plaintiffs who believe they have suffered damages from climate change to claim compensation.

Infographic: AI and the Future of Consumer Goods - insideBIGDATA 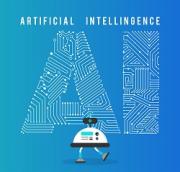 AI for consumer goods starts in the supply chain. Since 2016, the use of AI in retail grew by 600%; and by 2021, customer service interactions handled by AI will grow by 400%. Are you ready for the impact of AI on your business? By 2023 we estimate that 95% of supply vendors in the consumer goods space will be leveraging AI learning – will you be one of them? The infographic below from our friends over at Noodle.ai outlines the emergence of AI in retail.

A standing desk for 70 percent off? I'd buy it.

UPDATE: This deal is donezo, but it's still available for $256. Standing desks don't guarantee perfect health--in fact, the science behind the body benefits of standing while working is a little light--but ask anyone who works 8-10 hours on a computer and they'll tell you: having flexibility in your the way your body is positioned is unambiguously a good thing. And now an elevated, adjustable desk workplace is on super sale. The Halter ED-600 Elevating Desktop comes fully assembled. It's 35.6 inches long and 20.4 inches wide and weighs around 47 pounds.