This guest blog comes to us from Samantha R. at Udemy and is a cool infographic about AWS. 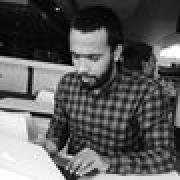 India's major IT firms have long required their employees to give a three-month, "non-negotiable" notice before leaving the company, but they could be soon forced to change that. SEE ALSO: Trump's H-1B Visa Bill spooks India's IT companies Fed-up IT professionals from across India have reached out to the government, complaining that it is "unrealistic" for anyone to plan that far ahead. Over 28,000 professionals have signed a petition, addressed to the ministry of labor, to take immediate action on the matter. "It is unrealistic for anyone to plan that far ahead for their future actions and resign in advance not knowing state of the issue in next three months," reads the petition. Part of the problem is that many companies are unwilling to wait for three months to have a person join them, many cited in the report say.