Federal Reserve Governor Lael Brainard said Tuesday night there is no need for a Fed cryptocurrency and the risks of one could be great. Federal Reserve Governor Lael Brainard said Tuesday night that a cryptocurrency from the Fed or another central bank could risk creating a global target for cyberattacks or provide a ready means of money laundering. "There is no compelling demonstrated need," Brainard told a digital currency forum at the Federal Reserve Bank of San Francisco. While proponents of central bank cryptocurrencies have argued they would be more stable and reliable than Bitcoin and other digital currencies from the private sector, Brainard said they could very well be wrong. In addition to the cybercrime and money laundering risks, the Fed Governor said the technological challenges to creating a central bank cryptocurrency would be immense. 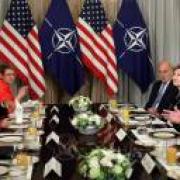 What do AML-BSA-CTF Regulators think of Machine Learning? 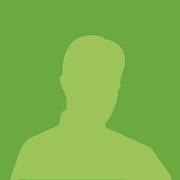 Prior to 2018, regulators resisted recommending the use of Machine Learning (ML) based Artificial Intelligence (AI) for AML compliance. There was a mindset shift in mid 2018 indicating that proceeding with caution in implementing AI approaches for AML is appropriate. Regulators realize the adoption of recent innovation, such as the use of AI-ML and robotic process automation (RPA) techniques, enables AML compliance improvements not otherwise attainable. A risk-based approach to compliance, underpinned by AI/Machine Learning, creates opportunities for governance and process refinement as well as identifying potential untapped revenues. Reliance on box-ticking approaches familiar to users of legacy rules-based compliance systems is no longer sufficient.

Zsa Zsa, the world's ugliest dog, has passed away

The world lost a shining star this week. Zsa Zsa, the recently crowned "world's ugliest dog" passed away early Tuesday morning at the age of 9. Zsa Zsa's owner, Megan Brainard, broke the devastating news to the Today show, and fans are mourning along with her. SEE ALSO: The World's Ugliest Dog contest crowns its latest, absolutely PRECIOUS winner "She's been staying over at my dad's house. He woke up this morning and found her passed away," Brainard told Today. It's kind of like when she won," Brainard said, referring to Zsa Zsa's June 23 victory in the "world's ugliest dog" contest.

If there's one thing the financial services industry hates, it's adult supervision. Last week, Rep. Jeb Hensarling, a Texas Republican who serves as chairman of the House Financial Services Committee, unveiled a plan that he said would rectify the "grave mistake" that was the 2010 Dodd-Frank Act, which tightened the regulatory screws on financial firms and created the Consumer Financial Protection Bureau as an industry watchdog. "Dodd-Frank's false premise is that an alchemy of Wall Street greed, outsized private risk and massive Washington deregulation almost blew up the world economy," he said in a speech last week to the Economic Club of New York. "It wasn't deregulation that caused the financial crisis," Hensarling said. As for greed, he said, "When hasn't there been an element of greed on Wall Street?"