Maverick the robot can paint your walls perfectly every time

A fire-breathing Dragon, which looks similar to a creature from Harry Potter's movie. The Alpha1S robots are 16 inches high, weighs just 1.63kgs, looks pretty much exactly what science fiction told us. It is developed at the National Institute of Technology, Nara College in Chiba, Japan. They are leading manufacturers of the various type of industrial robots. Spyce Robot delivers salads and grain bowls in three minutes or less.

SoftBank-led trio develop robot that can transform into car 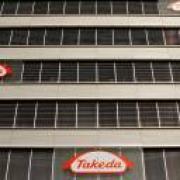 A SoftBank Group Corp. subsidiary and two other firms have developed a prototype of a two-seat humanoid robot that can transform into a car for use in amusement parks, the companies said Thursday. Invoking the heroes from the "Transformers" movies, the experimental J-deite Ride can go from humanoid mode to vehicle mode in about a minute. The 3.7-meter, 1.6-ton robot can lumber on two legs at an agonizingly slow pace of 100 meters per hour but go 60 kph in vehicle mode. The electric car can be driven both manually and by remote control, according to a press release from the companies. The robot was developed by SoftBank's software subsidiary Asratec Corp., Tokyo-based start-up Brave Robotics Inc. and Sansei Technologies Inc., an Osaka-based game machine maker.

We have seen robots working alongside humans in so many movies. We also dream that someday such human companion robots will come into the market. These robots will not only assist us in the day to day activities but be a great companion as well. Talking about robots, remember W.A.L.L.E, the little adorable robot that emerged as the last hope for human civilization. How Much Human are Humanoid Robots?