This ebook introduces Microsoft Azure Machine Learning, a service that a developer can use to build predictive analytics models (using training datasets from a variety of data sources) and then easily deploy those models for consumption as cloud web services. The ebook presents an overview of modern data science theory and principles, the associated workflow, and then covers some of the more common machine learning algorithms in use today. It builds a variety of predictive analytics models using real world data, evaluates several different machine learning algorithms and modeling strategies, and then deploys the finished models as machine learning web services on Azure within a matter of minutes. The ebook also expands on a working Azure Machine Learning predictive model example to explore the types of client and server applications you can create to consume Azure Machine Learning web services.

What is Azure Machine Learning? 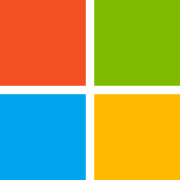 Microsoft Azure: Everything you need to know about Redmond's cloud service

Microsoft Azure is a broad, ever-expanding set of cloud-based computing services that are available to businesses, developers, government agencies, and anyone who wants to build an app or run an enterprise on the internet without having to manage hardware. It has been the fastest-growing business segment for Microsoft in recent years and will probably overtake Windows in terms of revenue within two or three years. Azure is a strong second among cloud providers, well behind Amazon Web Services but well ahead of any other competition. Microsoft announced Azure in 2008. It made its public debut two years later, in February 2010, as Windows Azure and was rebranded as Microsoft Azure in 2014.

Microsoft is embedding Anaconda's Python distribution into its Azure Machine Learning products, the latest move by the software vendor to expand its capabilities in the fast-growing artificial intelligence space and an example of Anaconda extending its reach beyond high performance computing and into AI. The two companies announced the partnership this week at the Strata Data Conference in New York City, with the news dovetailing with other announcements around AI that Microsoft officials made this week at its own Ignite 2017 show. The vendors said they will offer Anaconda for Microsoft, which they described as a subset of the Anaconda Python distribution that is now available on Windows as well as MacOS and Linux. There will be a range of options within the Anaconda for Microsoft offering, they said. Initially, Anaconda for Microsoft will be included in Microsoft's Azure Machine Learning, Machine Learning Server, Visual Studio, and SQL Server, but there also will be additional advantages to developers.