For the first three quarters of 2018, Huawei had a 28% share of the global telecom-equipment market, Nokia had 17% and Ericsson 13.4%, according to research-firm Dell'Oro Group. That compares with market shares in 2017 of 27.1% for Huawei, 16.8% for Nokia and 13.2% for Ericsson. Recently, the U.S. has been urging allies to enact similar bans. Governments and wireless providers in Australia, France, New Zealand and other countries are avoiding Huawei after saying the concerns are legitimate. Huawei says it is employee-owned and has never done espionage or sabotage on behalf of any government. 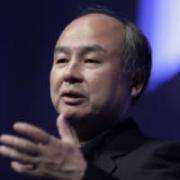 LONDON – Carrier KDDI Corp. selected Nokia Corp. of Finland and Sweden's Ericsson to be equipment providers for its new fifth-generation, or 5G, high-speed network, the two northern European companies announced Monday. Amid intensifying U.S.-China competition for dominance in the technology industry, KDDI chose to exclude equipment made by Huawei Technologies Co. from its 5G network. KDDI's commercial operations will start in Japan in March next year at the earliest. According to a media report, KDDI also picked Samsung Electronics Co. as an equipment supplier for its 5G network. Among other carriers, SoftBank Corp. selected Nokia and Ericsson as its 5G equipment providers. 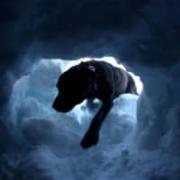 WASHINGTON – Swedish telecommunications firm Ericsson has agreed to pay more than $1 billion to resolve allegations of bribery spanning Asia and the Middle East, the U.S. Justice Department announced Friday. An Egyptian subsidiary also pleaded guilty in a federal court in New York to a charge of conspiring to violate the 1977 Foreign Corrupt Practices Act. "Ericsson's corrupt conduct involved high-level executives and spanned 17 years and at least five countries, all in a misguided effort to increase profits," Brian Benczkowski, head of the Justice Department's criminal division, said in a statement. U.S. law grants jurisdiction over corruption by companies whose shares are sold on American stock markets or if the crime touches the country's territory or its financial system. Prosecutors say that between 2000 and 2016, the company engaged in a scheme to pay bribes, falsify its books and records and ensure company officials turned a blind eye to the corruption, according to the Justice Department statement.

Ericsson has announced it has inked another China Mobile deal, extending its 5G radio access network (RAN) partnership and charged with 5G core components for the second phase of the telco's nationwide new radio (NR) standalone rollout. The 5G RAN partnership will extend to 17 provinces, and use the Ericsson Radio System solution. Ericsson will also provide 5G core network equipment in two major regions, covering five provinces. "Ericsson and China Mobile have continuously worked together to develop, validate, and test 5G technologies and applications," the Swedish vendor said. "This includes proactively developing products for China Mobile's 5G network deployment as well as customising 4G/5G compatible network solutions. The extended cooperation on 5G networks is a new milestone in a long partnership that spans nearly 30 years of mobile technology in China."

We'll offer unique insights on 5G business opportunities and showcase groundbreaking use cases that enhance your customer's experiences and business.