IonQ, a quantum computing startup, outlined a roadmap where it will be able to network smaller quantum systems together as it introduced a new metric, Algorithmic Qubits. For IonQ, the typical Quantum Volume metrics, introduced by IBM, isn't going to cut it in the long run. IonQ's take is that quantum volume as a metric will be unusable soon as quantum computers will have numbers too large to fit on a screen. In a blog post, IonQ CEO Peter Chapman said using Quantum Volume as a metric is like buying processors based on the number of transistors. Samsung's Catalyst Fund is an investor in IonQ.

The Business of Quantum Computing 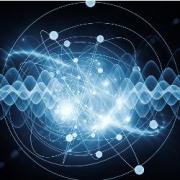 In 1981, nobel Laureate Richard Feynman challenged the computing community to build a quantum computer. We have come a long way. In 2015, McKinsey estimated there were 7,000 researchers working on quantum computing, with a combined budget of $1.5 billion.20 In 2018, dozens of universities, approximately 30 major companies, and more than a dozen startups had notable R&D efforts.a Now seems like a good time to review the business.

The Future of Quantum Computers

Conventional computers store information in the form of bits and bytes and the scope is only limited to 0s and 1s, thus flexibility in conventional computers is restrained. On the other hand, Quantum computers use a totally different form of data storage called "Qubits". Qubits are not only restrained to values such as 0 and 1, in fact they also provide a possibility of the information being intermediate (Superposition) between 0 and 1. For better understanding about the qubits, these are various but stable energy levels of the sub-atomic particles or photons in three-dimensional space. Each sub-atomic particle in the collection of qubits can be used to represent a variety of information or data.

Mechanical objects have important practical applications in the fields of quantum information and metrology as quantum memories or transducers for measuring and connecting different types of quantum systems. Here, we experimentally demonstrate a high-frequency bulk acoustic wave resonator that is strongly coupled to a superconducting qubit using piezoelectric transduction with a cooperativity of 260. Our device requires only simple fabrication methods and provides controllable access to a multitude of phonon modes. We demonstrate quantum control and measurement on gigahertz phonons at the single-quantum level.

Building a quantum computer has gone from a far-off dream of a few university scientists to an immediate goal for some of the world's biggest companies. Tech giants Intel, Microsoft, IBM, and Google are all plowing tens of millions of dollars into quantum computing, which aims to harness quantum mechanics to vastly accelerate computation. Yet the contenders are betting on different technological horses: No one yet knows what type of quantum logic bit, or qubit, will power a practical quantum computer. Google, often considered the field's leader, has signaled its choice: tiny, superconducting circuits. Its group has built a nine-qubit machine and hopes to scale up to 49 within a year--an important threshold. At about 50 qubits, many say a quantum computer could achieve "quantum supremacy" and do something beyond the ken of a classical computer, such as simulating molecular structures in chemistry and materials science, or solving problems in cryptography. Small startup company ionQ, a decided underdog, is sticking with its preferred technology: trapped ions.