2018: The year enterprise robotics software and services will reach $1.5 Bn

When the statement "It's just like BPR from twenty years ago, but with tech that actually works" rang out at the recent London FORA Summit, the nods around the room were palpable. We witnessed a whole new industry emerge around robotic technologies that can stitch together workflows, processes, applications and desktop interfaces to provide a genuine transformation of the digital underbelly for so many enterprises, many of whom have suffered for decades from inefficient manual workarounds and spaghetti code clogging up their ability to access data and run their businesses properly. Today, the emerging solutions available on the market do not load the enterprise transformation blunderbuss with silver bullets, but they do provide a starting point to improve fundamentally the data underbelly of an organization. And, for so many organizations, they are turning to robotics software RPA (Robotic Process Automation) and RDA (Robotic Desktop Automation) as the starting point. The global market for RPA Software and Services will reach $898 million in 2018 and is expected to grow to $2.2 billion by 2021 at a compound annual growth rate of 54%.

Nvidia launched its Nvidia Isaac robot platform today to power the next generation of autonomous machines, bringing artificial intelligence capabilities to robots for manufacturing, logistics, agriculture, construction, and many other industries. Launched at Computex 2018 in Taiwan by Nvidia CEO Jensen Huang, the Nvidia Isaac platform includes new hardware, software, and a virtual-world robot simulator that makes it easy for developers to create new kinds of robots. "AI is the most powerful technology force of our time," said Huang, in a statement. "Its first phase will enable new levels of software automation that boost productivity in many industries. Next, AI, in combination with sensors and actuators, will be the brain of a new generation of autonomous machines. 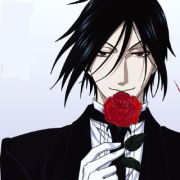 This is a list of various books, courses and other resources for robotics. It's an attempt to gather useful material in one place for everybody who wants to learn more about the field. ROS The Robot Operating System (ROS) is a flexible framework for writing robot software. It is a collection of tools, libraries, and conventions that aim to simplify the task of creating complex and robust robot behavior across a wide variety of robotic platforms. RobWork RobWork is a collection of C libraries for simulation and control of robot systems.

What Jobs Will Artificial Intelligence Affect?

It's impossible to ignore the fact that advances in artificial intelligence (AI) is changing how we do our current jobs. But what has captured even more interest is how the increasing capability of this technology will affect future jobs. In trying to determine the specific effects on which jobs and which sectors, many studies have been undertaking but it's hard to capture this information. To add further research to this topic the Brookings Institution issued a report on Nov. 20, presenting a new method of analyzing this issue. "By employing a novel technique developed by Stanford University Ph.D. candidate Michael Webb, the new report establishes job exposure levels by analyzing the overlap between AI-related patents and job descriptions," the report said. 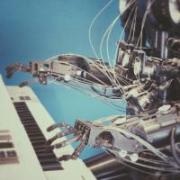 Robotics-based engineering is one of the top trends for 2019. These days robots are being used for more complex operations, including feeding humans, manning automated call centers, and in health care practices, not to mention some of the more fun ideas coming out of the MARS conference. But they can also assist in testing software. Robotic process automation (RPA) is a new engineering discipline that enables the product team to take on designing and implementing powerful digital solutions. RPA systems develop a list of actions to automate a task by watching a user perform that task in the application's GUI, and then repeating those tasks directly in the GUI.