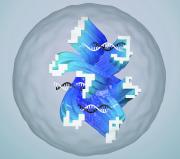 Scientists at Caltech say they have developed an artificial neural network made out of DNA that can solve a basic machine learning problem: correctly identifying handwritten numbers. The work is a significant step in demonstrating the capacity to program artificial intelligence into synthetic biomolecular circuits, according to the team, which published its study ("Scaling Up Molecular Pattern Recognition with DNA-Based Winner-Take-All Neural Networks") in Nature. "From bacteria following simple chemical gradients to the brain distinguishing complex odour information, the ability to recognize molecular patterns is essential for biological organisms. This type of information-processing function has been implemented using DNA-based neural networks, but has been limited to the recognition of a set of no more than four patterns, each composed of four distinct DNA molecules. Winner-take-all computation has been suggested as a potential strategy for enhancing the capability of DNA-based neural networks. 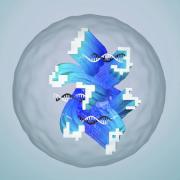 Caltech scientists have recently developed an AI made out of DNA that can tackle a classic machine learning problem by precisely recognizing written by hand numbers. The work is a critical advance in showing the ability to program AI into engineered biomolecular circuits. Lulu Qian, assistant professor of bioengineering at Caltech said, "Though scientists have only just begun to explore creating artificial intelligence in molecular machines, its potential is already undeniable. Similar to how electronic computers and smartphones have made humans more capable than a hundred years ago, artificial molecular machines could make all things made of molecules, perhaps including even paint and bandages, more capable and more responsive to the environment in the hundred years to come." Scientists' goal behind this study is to program intelligent behaviors (the ability to compute, make choices, and more) with artificial neural networks made out of DNA.

An artificial neural network that's made entirely from DNA and mimics the way the brain works has been created by scientists in the lab. The test tube artificial intelligence can solve a classic machine learning problem by correctly identifying handwritten numbers. The work is a significant step in demonstrating the ability to program AI into man-made organic circuits, scientists claim. This could one day lead to human-like robots made from entirely organic materials, rather than the shiny metal cybermen seen in popular culture. Researchers hope the device will soon start forming its own'memories', from examples added to the test tube.

Artificial neural network made out of DNA 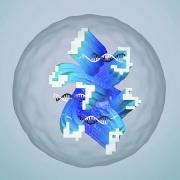 In what is a biological breakthrough, researchers from the California Institute of Technology have constructed a test tube artificial neural network that can recognize'molecular handwriting'. The development overcomes a major problem with machine learning; that is the ability of a machine to correctly identify handwritten numbers. Artificial neural networks are computing systems based on the biological neural networks that constitute animal brains. These systems can "learn" to perform tasks by examining examples and instead of being programmed with any task-specific rules. Neural networks consist of input and output layers together with a layer made up of units that can transform the input into something that the output layer can use.

How to Make an Artificial Neural Net With DNA

An artificial neural network made of DNA can recognize numbers written using molecules, a new study finds. These new findings suggest that DNA neural networks could also recognize other patterns of molecules, such as ones signaling disease, researchers add. In artificial neural networks, components dubbed neurons are fed data and cooperate to solve a problem, such as recognizing handwriting. The neural net repeatedly adjusts the behavior of its neurons and sees if these new patterns of behavior are better at solving the problem. Over time, the network discovers which patterns are best at computing solutions.