The Truth About Deep Learning 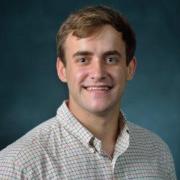 I've been studying and writing about DL for close to two years now, and it still amazes the misinformation surrounding this relatively complex learning algorithm. This post is not about how Deep Learning is or is not over-hyped, as that is a well documented debate. This discussion/rant is somewhat off the cuff, but the whole point was to encourage those of us in the machine learning community to think clearly about deep learning. Let's be bold and try to make some claims based on actual science about whether or not this technology will or will not produce artificial intelligence. After all, aren't we supposed to be the leaders in this field and the few that understand its intricacies and implications?

If you've been following developments over the last few years, you may have noticed that deep learning and neural networks have grown wildly. Neural network architecture is able to make predictive judgments in in sports, medicine and the financial sector.

In the past year I have also worked with Deep Learning techniques, and I would like to share with you how to make and train a Convolutional Neural Network from scratch, using tensorflow. Later on we can use this knowledge as a building block to make interesting Deep Learning applications. The pictures here are from the full article. Source code is also provided. Before you continue, make sure you understand how a convolutional neural network works.

This is a standard machine learning algorithm that uses supervised learning methods for classification, regression, and detection of outliers. They are used for protein classification, image segmentation and text categorization. A group of deep learning algorithms inspired by the nervous system. More precisely, they are inspired by a neuron organization in animal brains. They consist of units – artificial neurons that receive a signal from the previous layer, process it and send it to the next layer.