Teachers from across the commonwealth formed a human chain in front of the State House Wednesday afternoon, demanding a statewide back-to-school plan and new safety protocols this fall. "We still have so many unanswered questions," said Hannah Silberman, a fourth-grade teacher at Roberts Elementary School in Medford. We don't know what we're doing. The state chapter of the American Federation of Teachers organized the rally, asking Gov. Charlie Baker to establish a "uniform" plan for distanced learning. Before they return to in-person instruction, educators want readily-available free COVID-19 testing for students and staff and "properly ventilated" classrooms.

Microsoft Exam 70-741 is for IT Pros interested in enhancing their skills for the latest version of Windows Server. This exam validates skills and knowledge for configuring advanced tasks required to deploy, manage, and maintain a Windows Server 2016 infrastructure, such as fault tolerance, certificate services, and identity federation. Passing this exam along with two other exams is required for MCSA and MCSE certifications. The Exam Ref is the official study guide for Microsoft certification exam 70-741. Featuring concise, objective-by-objective reviews and strategic case scenarios and Thought Experiments, exam candidates get professional-level preparation for the exam. 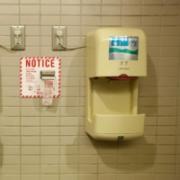 Japan's powerful business lobby Keidanren said Tuesday it is lifting the ban it introduced on the use of hand dryers in restrooms at offices and production sites, after concluding the risk of it spreading the coronavirus is negligible. The update to the guidelines for its more than 1,400 member companies came after Keidanren, also known as the Japan Business Federation, took into account expert opinions and the results of experiments. But Keidanren is calling for hand dryers to be disinfected with alcohol and kept clean. Based on multiple experiments and simulations, Keidanren found the risk of infection from water drops and microdroplets in the air after handwashing is "extremely low" even when hand dryers are used. The change applies to offices and factories but could also spread to other industries such as the restaurant sector that use Keidanren's guidelines as a reference. Keidanren decided to restrict the use of hand dryers in May last year based on discussions by a government panel of medical experts. 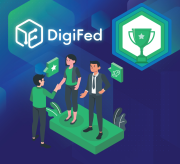 The EU funded project "Digital Innovation Hubs Federation For Large Scale adoption of digital technologies by European SMEs" announces the results of its first call for applications: 14 applicants of the 72 eligible proposals will receive a total of over 1.1 million euro to develop their smart applications. In a first effort to engage European SMEs and midcaps in its innovation programme, DigiFed is pleased to announce the results of the project's 1st Open Call launched on the 17th of March 2020. Out of the over 72 eligible proposals which involved 94 European companies included start-ups, SMEs and mid-caps (see Figure 1) from across Europe (see Figure 2), 22 European companies have been selected to receive financial, technical and innovation management support for the creation of smart applications to help digitise European Industry. The distribution percentage of funding per company size can be seen in Figure 3. The first call was specifically aimed towards "Application Experiments", meaning that the applying companies have a good idea of an innovation, a clear market vision and needs technical and/or business innovation expertise to validate their concept.