With less than a week to go before the German federal election, things are heating up on the campaign trail. For the right-wing populist Alternative for Germany (AfD) party, social media has become critical: By placing ads on Facebook, Twitter, Google and YouTube, the party is able to reach its supporters directly, enabling it to bypass a critical news media. The troubles already started with the signs by campaign manager Thor Kunkel with slogans like: "Burqas? As part of its digital campaign strategy, AfD has even brought on American consultants with the Harris Media advertising agency. The Texas consulting firm specializes in customers with "controversial" messages who range from Donald Trump and the gun lobby to France's far-right Front National.

RHINE-WESTPHALIA, GERMANY/ESSEN GERMANY – Chancellor Angela Merkel Tuesday lashed populists seeking to exploit Germany's refugee influx, but set down a tough line on integration -- including a ban on the full-face veil -- as she launched into election campaign mode. Outlining a strategy to counter populism that has consumed key allies abroad, Merkel vowed there would be no repeat of last year's record refugee arrivals. She also stressed it was legitimate for Germany to expect newcomers to integrate, and this included a rejection of the niqab full-face veil. "The full veil must be banned wherever it is legally possible," she told the annual gathering of her center-right Christian Democratic Union (CDU), urging them to back her bid for a fourth term. Merkel was rewarded with a standing ovation that lasted more than 11 minutes as the majority of the 1,001 delegates present rallied behind her.

Google is to start displaying fact-checking labels in its search results to highlight news and information that has been vetted and show whether it is considered to be true or false, as part of its efforts to help combat the spread of misinformation and fake news. The fact-checking feature, which was first introduced to Google News in the UK and US in October, will now be displayed as an information box in general search results as well as news search results globally. The small snippets display information about the claim made by a particular page or site and who made the claim, as well as the results of fact checking on the highlighted claim. The fact checks are not performed by Google, but by named trusted publishers and fact-checkers using an open system to mark claims as having been checked. Cong Yu from Google and Justin Kosslyn from fact-check partner Jigsaw said: "With thousands of new articles published online every minute of every day, the amount of content confronting people online can be overwhelming.

Germany moved forward Wednesday with a legislation that would implement heavy fines on social media platforms, such as Facebook and Twitter, for failing to quickly remove hate speech and fake news, according to Deutsche Welle. Chancellor Angela Merkel's cabinet approved the draft of the bill proposed by Justice Minister Heiko Maas. If passed, it would be a landmark social media legislation against hate speech in Europe. Under the proposed legislation, which was unveiled last month, social media companies could face $53 million fines if they fail to remove hate speech, libel or other content in breach of German laws. The companies would have to remove criminal content 24 hours after it has been reported, and within seven days for other illegal content. 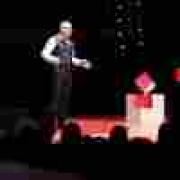