After six months of competition, Unity Technologies has named the top winners for the Obstacle Tower Challenge, a contest dedicated to making artificial intelligence for games. The winners are Alex Nichols, the Compscience.org And Unity, the maker of the Unity3D game engine, has also announced it has open-sourced Obstacle Tower for the research community to extend for their own needs. The challenge started in February as a way to help foster research in the AI community by providing a challenging new benchmark built in Unity. The benchmark, called Obstacle Tower, was developed to be difficult for current machine learning algorithms to solve. 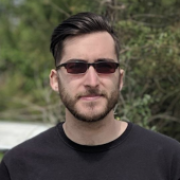 After six months of competition (and a few last-minute submissions), we are happy to announce the conclusion and winners of the Obstacle Tower Challenge. We want to thank all of the participants for both rounds and congratulate Alex Nichol, the Compscience.org We are also excited to share that we have open-sourced Obstacle Tower for the research community to extend for their own needs. We started this challenge in February as a way to help foster research in the AI community, by providing a challenging new benchmark of agent performance built in Unity, which we called Obstacle Tower. The Obstacle Tower was developed to be difficult for current machine learning algorithms to solve, and push the boundaries of what was possible in the field by focusing on procedural generation.

Unity, a leading maker of game development tools, announced today that it's created a new, unprecedented type of video game: one designed not to be played by humans, but by artificial intelligence. The game is called Obstacle Tower, and it's a piece of software created to judge the level of sophistication of an AI agent by measuring how efficiently it can maneuver up to 100 levels that change and scale in difficulty in unpredictable ways. Each level is procedurally generated, so it changes every time the AI attempts it. With Obstacle Tower, and a $100,000 pool of prizes set aside for participants to claim as part of a contest, Unity hopes it can provide AI researchers with a new benchmarking tool to evaluate self-learning software. "We wanted to give the researchers something to really work with that would to an extreme degree challenge the abilities of the AI systems that are currently in research and development around the world," Danny Lange, Unity's vice president of AI and machine learning, told The Verge.

Unity Technologies has a new game that you can't play. The maker of game development tools is releasing a new title called Obstacle Tower that is designed to challenge the capabilities of artificial intelligence. The release of the title is being accompanied by a contest, the Obstacle Tower Challenge, that will allow participants to run their AI agents through the 100-level challenge and compete for prizes. According to Unity, Obstacle Tower provides a game-like environment for machine learning researchers to play around with and fine-tune their AI. The tower operates similarly to a standard platforming game.