Invented by Geoffrey Hinton in 1985, Restricted Boltzmann Machine which falls under the category of unsupervised learning algorithms is a network of symmetrically connected neuron-like units that make stochastic decisions. This deep learning algorithm became very popular after the Netflix Competition where RBM was used as a collaborative filtering technique to predict user ratings for movies and beat most of its competition. It is useful for regression, classification, dimensionality reduction, feature learning, topic modelling and collaborative filtering. Restricted Boltzmann Machines are stochastic two layered neural networks which belong to a category of energy based models that can detect inherent patterns automatically in the data by reconstructing input. They have two layers visible and hidden.

As the title suggests, in this article, we will be taking a look at some of the deep learning models in R. Some of the pioneering advancements in neural networks research in the last decade have opened up a new frontier in machine learning that is generally called by the name deep learning. The general definition of deep learning is, a class of machine learning techniques, where many layers of information processing stages in hierarchical supervised architectures are exploited for unsupervised feature learning and for pattern analysis/classification. The essence of deep learning is to compute hierarchical features or representations of the observational data, where the higher-level features or factors are defined from lower-level ones. Although there are many similar definitions and architectures for deep learning, two common elements in all of them are: multiple layers of nonlinear information processing and supervised or unsupervised learning of feature representations at each layer from the features learned at the previous layer. The initial works on deep learning were based on multilayer neural network models.

It is well established that neural networks with deep architectures perform better than shallow networks for many tasks in machine learning. In statistical physics, while there has been recent interest in representing physical data with generative modelling, the focus has been on shallow neural networks. A natural question to ask is whether deep neural networks hold any advantage over shallow networks in representing such data. We investigate this question by using unsupervised, generative graphical models to learn the probability distribution of a two-dimensional Ising system. Deep Boltzmann machines, deep belief networks, and deep restricted Boltzmann networks are trained on thermal spin configurations from this system, and compared to the shallow architecture of the restricted Boltzmann machine. We benchmark the models, focussing on the accuracy of generating energetic observables near the phase transition, where these quantities are most difficult to approximate. Interestingly, after training the generative networks, we observe that the accuracy essentially depends only on the number of neurons in the first hidden layer of the network, and not on other model details such as network depth or model type. This is evidence that shallow networks are more efficient than deep networks at representing physical probability distributions associated with Ising systems near criticality. 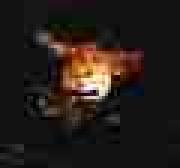 Unlike task-specific algorithms, Deep Learning is a part of Machine Learning family based on learning data representations. With massive amounts of computational power, machines can now recognize objects and translate speech in real time, enabling a smart Artificial intelligence in systems. The concept of a software simulating the neocortex's large array of neurons in an artificial neural network is decades old, and it has led to as many disappointments as breakthroughs. But because of improvements in mathematical formulas and increasingly powerful computers, today researchers & data scientists can model many more layers of virtual neurons than ever before. "Recent improvements in Deep Learning has reignited some of the grand challenges in Artificial Intelligence."

Deep learning implements structured machine learning algorithms by making use of artificial neural networks. These algorithms help the machine to learn by itself and develop the ability to establish new parameters with which help to make and execute decisions. Deep learning is considered to be a subset of machine learning and utilizes multi-layered artificial neural networks to carry out its processes, which enables it to deliver high accuracy in tasks such as speech recognition, object detection, language translation and other such modern use cases being implemented every day. One of the most intriguing implementations in the domain of artificial intelligence for creating deep learning models has been the Boltzmann Machine. In this article, we will try to understand what exactly a Boltzmann Machine is, how it can be implemented and its uses.