Germaine Greer is in hot waters after making disparaging comments about Meghan Markle in her recent interview. Greer appeared on "60 Minutes." During her guesting, she said that Prince Harry and Markle's marriage is doomed. She bolted before," Greer said (via News.com.au), "I hope in a way that she'll bolt but maybe she'll take Harry with her."

How face recognition is taking over airports

British Airways has been self-boarding passengers at Heathrow for some time. Facial recognition is said to speed up the airport experience. Airlines and airports say they take customer privacy seriously. Airlines insist it's easy to opt out of biometric boarding. Some groups are concerned about the privacy implications. 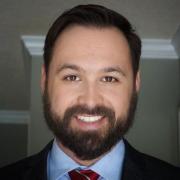 Married my college sweetheart at the age of 25 and couldn't be happier!

When the Harvey Weinstein scandal erupted in Hollywood in October 2017, a tsunami of accusations of sexual harassment and assault followed, accompanied by a hashtag: #MeToo. Dozens of high-profile men have been implicated in the campaign, which rapidly morphed into a global phenomenon, crossing industries and borders and reaching the powerful. Many feminists see #MeToo as a seismic shift, but Greer has questioned the value and efficacy of the movement, arguing that "there hasn't been a reckoning ... it actually didn't get anywhere. And it has a downside as well, which is presenting women as victims". Greer has been one of the world's most influential feminist voices since the 1970 publication of her bestselling The Female Eunuch.

Meghan Markle is not allowed to shine as part of the royal family, according to Germaine Greer, a feminist author. During her appearance on "This Morning," the 79-year-old said that Markle will also bolt after her May 19 wedding to Prince Harry. "She's not being allowed to shine at all. You send her to the dawn Anzac service, the poor thing sits there in the dark and people stick into what she wore," Greer said (via Express). The Australian native is also convinced that Markle's life turned upside down ever since she started dating the prince.