WASHINGTON – The head of the Central Intelligence Agency said on Sunday that Russia and others are trying to undermine elections in the United States, the next major one being in November when Republicans will try to keep control of Congress.

The Senate Intelligence Committee had its annual hearing on worldwide threats on Tuesday, and intelligence officials took it as an opportunity to warn the Committee that they are expecting Russian actors to meddle in the 2018 midterm elections. 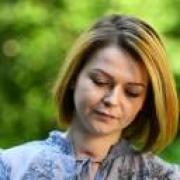 WASHINGTON – Secretary of State Mike Pompeo acknowledged -- after prodding by lawmakers -- that he backs the finding by U.S. intelligence agencies that Russia meddled in the U.S. presidential campaign to hurt Hillary Clinton and ultimately help Donald Trump. Pompeo, who previously was Trump's CIA director, was pressed by Democrats on whether he accepted that finding during testimony Wednesday before the House Foreign Affairs Committee. But that was only after he initially said the judgment that Russian President Vladimir Putin wanted to help Trump win "was the least confirmed, that is, there was the least support for that" in the report issued by the CIA, the FBI and the National Security Agency in January 2017, a few weeks before Trump took office. The findings continue to present an awkward dilemma for Trump's national security advisers, who seek to stand by the intelligence community even as the president frequently denounces the continuing investigation into Russian meddling by special counsel Robert Mueller as a "witch hunt" and assert that the Russians actually were working to help Clinton. On Tuesday, Homeland Security Secretary Kirstjen Nielsen professed ignorance when asked about the findings.

Not Every U.S.–Russia Meeting Is Suspicious

While You Are Tweeting About the Nunes Memo, Russia Is Plotting Its Midterms Attack

It is working--the Trump-GOP campaign to distract attention from the Russia scandal. And this is placing the nation--literally and seriously--at risk. For the past week or so, the big kerfuffle dominating the news related to Russia has been over the memo--a classified memorandum drafted by the Republican staffers of the House Intelligence Committee that claims the FBI inappropriately used the now infamous Steele dossier in an application for a super-secret warrant authorizing surveillance of a Trump campaign foreign policy adviser named Carter Page. Democrats on the committee contend that the memo cherry-picks facts and is misleading. The FBI and the Justice Department oppose its release, noting that such a disclosure would reveal important national security secrets.