WASHINGTON – The head of the Central Intelligence Agency said on Sunday that Russia and others are trying to undermine elections in the United States, the next major one being in November when Republicans will try to keep control of Congress.

WASHINGTON – CIA Director Mike Pompeo said Thursday there was nothing "untoward" about his meeting with top Russian spy chiefs, saying that even though Moscow remains an adversary, ignoring chances to cooperate on security issues would endanger American lives. 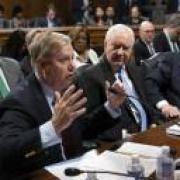 WASHINGTON – Lawmakers assailed Environmental Protection Agency chief Scott Pruitt on Thursday for the ethics and spending scandals that have prompted bipartisan calls for his ouster. On the defensive, the EPA chief blamed "half truths" and "twisted" allegations, an effort to undermine the Trump administration's anti-regulatory agenda. The public grilling at a House hearing came as support has eroded for Pruitt among fellow Republicans after a nearly monthlong hammering of negative headlines about outsized security spending, first-class flights and a sweetheart condo lease. Even Republicans who support Pruitt's policy agenda said his apparent lapses could not be ignored. Democrats excoriated him as the hearing opened. 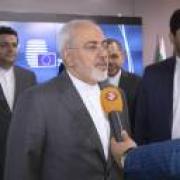 MANILA – Legal groups called on Philippine legislators Tuesday to defend their exclusive constitutional power to prosecute and try impeachable officials that they say was usurped by Supreme Court justices who ousted their chief judge last week. Wearing black arm bands, leaders from legal and human rights groups staged a protest in front of the heavily guarded Supreme Court in Manila, carrying a streamer that read, "We dissent, resist authoritarianism, oppose attacks on judicial independence." A protester held up the scales of justice, with a mock sword piercing her white gown. The protesters said the magistrates' 8-6 vote Friday to remove Chief Justice Maria Lourdes Sereno from the 15-member tribunal violated the country's constitution. They said it robbed the Senate and the House of Representatives of their constitutional power to prosecute and try top officials like Sereno and sparked legal dilemmas. 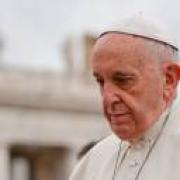 WASHINGTON – Senate Democrats are formally calling for Environmental Protection Agency chief Scott Pruitt to resign or be fired, citing allegations of ethical lapses and questionable spending on travel and security. New Mexico Sen. Tom Udall said the mounting allegations against Pruitt mean "it is time for his imperial tenure to end." Udall and other Democrats said they will introduce a formal resolution calling for Pruitt's ouster "for the good of the American people." The American Federation of Government Employees, a labor union representing about 8,000 EPA employees, has also called for Pruitt to resign or be fired. Congressional Republicans are largely standing by Pruitt, making it unlikely the measure will succeed in the GOP-controlled Senate.