Gov. Jerry Brown and legislative leaders embarked on a new era in California's effort to combat climate change Thursday when the governor signed a law committing the state to some of the most drastic greenhouse gas emission reductions in the world. "What we're doing here is far-sighted, as well as far-reaching," Brown said at a signing ceremony at Vista Hermosa Natural Park in downtown Los Angeles. "California is doing something that no other state has done." The legislation, passed after a difficult political battle in the Capitol, cements the legal framework for California's climate policies for years to come. While previous law required the state to reduce emissions by 2020, the new measure, SB 32, sets a new, more aggressive target for 2030.

How will California battle climate change? A new proposal revs up debate over cap-and-trade program 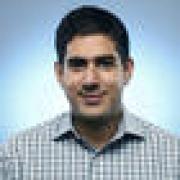 California lawmakers are moving to reshape the state's climate change policies by focusing on social justice issues such as alleviating local pollution and creating job opportunities, laying down a marker in conversations about the future of the cap-and-trade program. The new measure, which will be introduced on Thursday by Assemblyman Eduardo Garcia (D-Coachella) and Assemblywoman Cristina Garcia (D-Bell Gardens), represents another step by Latino lawmakers to tie environmental policies to community-level concerns. The approach was a key part of last year's successful effort to set a new, tougher goal for reducing greenhouse gas emissions by 2030. Now lawmakers are preparing for a wide-ranging debate over how the state should hit that target and keep California on the front lines of the battle against global warming at a time when President Trump has promised to step back from the fight. But the new legislation could lead to a confrontation with Gov. Jerry Brown, who has asked lawmakers to reauthorize the cap-and-trade program, which requires companies to purchase permits to release greenhouse gases into the atmosphere.

'A new level of transparency and accountability': Climate bill is approved by Senate, heads to Assembly

In this year's debate over California climate policy, much of the attention has centered on a proposal to extend and expand the state's mandate for reducing greenhouse gas emissions. But it's another piece of legislation that's generating the most drama, becoming the focus of an intense political tug of war over who controls the next era of environmental regulation and which communities will benefit. The measure, Assembly Bill 197, would boost legislative oversight of the state's leading climate regulator, the California Air Resources Board, and would require the agency to focus more attention on cutting emissions from local refineries and manufacturers. By combining the two proposals in one bill, Assemblyman Eduardo Garcia (D-Coachella) and his allies are attempting a delicate balancing act concerning issues that have divided lawmakers for years. The goal is to assuage lawmakers who bristle at plans to continue empowering regulators and remain skeptical about whether policies to tackle a global problem are having a positive impact in their constituents' backyards.

Her employees cut and processed trees from the forests surrounding Mt. Shasta and sent biomass waste -- giant mounds of wood chips -- to her neighbor, which burned up the byproducts to generate electricity. The plant piped steam back her way to dry out planks of wood used to build homes and furniture. But early this month, Franklin got an ominous notice: The plant, Burney Forest Power, would be shutting shut down in 60 days. With no market for her waste product and no steam to dry her wood, there'd be no need for new logs, trucks to transport them or operators to run the mill.