Jeffrey Epstein had mysterious passport, 'piles of cash,' and 'dozens of diamonds' in home safe: prosecutors

In return, the wealthy financier will offer up his private jet and $77 million New York City mansion as collateral; Bryan Llenas reports. Registered sex offender and well-connected financier Jeffrey Epstein maintained a safe with a bizarre, expired passport in a different name, "dozens of diamonds" and "piles of cash" at his multi-story Upper East Side mansion, New York prosecutors revealed during a lengthy Monday bail hearing. U.S. District Judge Richard Berman said he needed more time to make a decision about whether the wealthy 66-year-old should be denied bail while awaiting trial on new charges he recruited and abused dozens of underage girls in New York and Florida in the early 2000s. Federal prosecutors say Epstein is a flight risk and a danger to the community, revealing new details in court about the financier's assets, including the intriguing contents that had been locked inside one Epstein's safe. This March 28, 2017 image provided by the New York State Sex Offender Registry shows Jeffrey Epstein.

Convicted sex offender and accused sex trafficker Jeffrey Epstein was reportedly worth $559 million in self-reported assets before his death from an apparent suicide in a New York City jail cell in August. Now, the new Fox Nation documentary "The Twisted Life of Jeffrey Epstein" is raising new questions over how the two-time college dropout accumulated such an enormous fortune. His personal wealth included more than $56 million in cash, a nearly $56 million Manhattan penthouse and two islands in the Caribbean valued at over $86 million. Wealth of that magnitude is not unheard of for a well-known New York City investment banker, but in the financial world, Epstein was a ghost. "He said he only handled investments for billionaires. People on Wall Street -- they have no idea where he got the money. They didn't know anybody that he was making trades with -- that he was investing with," radio host Howie Carr told Fox Nation in the new special. 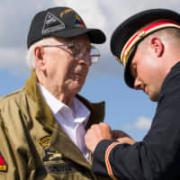 NEW YORK – A woman whose claims of sexual abuse against Jeffrey Epstein were outlined in a federal indictment sued his estate Wednesday, saying the wealthy financier took advantage of her family's poor financial position to abuse her from age 14 to 17. The lawsuit in Manhattan federal court sought unspecified damages on behalf of a woman identified only as "Jane Doe." The lawsuit said she was "Minor Victim-1" in federal sex trafficking charges that led to Epstein's July 6 arrest. The sex trafficking charges were dismissed after Epstein killed himself in jail in August while awaiting trial. According to the lawsuit, the woman suffers from post-traumatic stress disorder, anxiety and depression as a result of sexual abuse she endured from 2002 to 2005 at Epstein's Manhattan mansion.

Palm Beach billionaire Jeffrey Epstein could face new criminal charges if lawyers for his alleged former teen "sex slaves" succeed in an unusual effort to overturn a 2008 plea deal that gave him house arrest, despite accusations he pimped the girls out to his rich and powerful friends. Attorneys for two of the 30 girls Epstein, 63, allegedly prostituted on his private jet, in his Florida mansion and at his private island hideaway are attempting to open up - and potentially overturn - the government's secretive agreement with Epstein that critics say left him with just a slap on the wrist for pleading guilty to soliciting an underage girl for prostitution. If they succeed, many of Epstein's powerful friends could find themselves in the public spotlight. "This is absolutely a groundbreaking case," said Meg Garvin, executive director at the Oregon-based National Crime Victim Law Institute. "The victims are fighting to truly make victims' rights meaningful – to ensure that victims are informed and have a voice at every critical decision point."

Fox News Flash top headlines for Sept. 17 are here. Check out what's clicking on Foxnews.com Microsoft founder Bill Gates says he regrets ever meeting with convicted sex offender Jeffrey Epstein to discuss philanthropy, according to a new report. "I wish I hadn't met with him," Gates told Axios on Monday. Epstein arranged at least $7.5 million in donations to the Massachusetts Institute of Technology (MIT) in 2014, which included $2 million from Gates and $5.5 million from investor Leon Black, according to emails obtained by The New Yorker.