The U.S. Department of Transportation has awarded more than $6 million to transit operators in Nevada to improve bus service for passengers in Las Vegas, Carson City and at the Pyramid Lake Paiute tribal reservation. 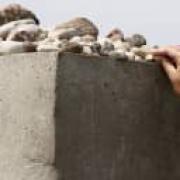 RENO, NEVADA - Nevada's latest bid to block incoming shipments of weapons-grade plutonium points to the U.S. Energy Department's own scientific warnings about the dangers of prematurely moving the highly radioactive material out of South Carolina. State lawyers say in briefs filed this week with the 9th U.S. Circuit Court of Appeals that the Trump administration is engaged in a clandestine "charade" intended to turn Nevada "into the nation's radioactive dump." They want the San Francisco-based court to overturn a Reno judge's refusal to temporarily halt all plutonium shipments to a site near Las Vegas. U.S. District Judge Miranda Du denied the request Jan. 30, concluding that any potential harm was speculative. That was the same day the government revealed it secretly shipped a half metric ton (1,102 pounds) of plutonium from South Carolina to Nevada sometime before Nov. 30.