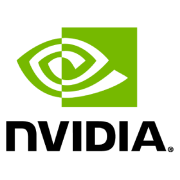 It's that time again, gamers: NVIDIA is getting ready to show off its next-generation GPUs at a special GeForce event today. Judging from all of the leaks so far, we're definitely expecting to hear more about the "RTX 3000" graphics cards, which likely include a high-end RTX 3090 model, along with 3080 and 3070 variants. They'll be based on NVIDIA's new "Ampere" architecture, which first popped up in a massive server GPU earlier this year. You can expect all of NVIDIA's new cards to champion plenty of power, but we'd wager they'll lean heavily on stronger real-time ray tracing performance.

NVIDIA had plenty of news to share at its CES keynote and to save you watching the entire thing, we've crammed all the biggest announcements into a 10-minute video. Along with new G-Sync displays, the company revealed that laptops with RTX 30 series GPUs will be available starting on January 26th. Also on the way is the $329 GeForce RTX 3060 GPU, which offers an even more affordable entry point into ray-tracing on PC -- if you can somehow get your hands on it. Elsewhere, NVIDIA noted that ray-tracing support is on the way to several more games, including Call of Duty: Warzone and the upcoming Outriders. Follow all of the latest news from CES 2021 right here!

NVIDIA's GTC conference earlier today saw the company announce its first-ever data center CPU. The company also announced it's working with MediaTek to bring RTX graphics to ARM-based chips. Finally, the company teased Atlan, its next-generation Drive chip for cars. Slated to arrive in 2025, NVIDIA claims the chip will deliver 1,000 trillion operations per second of performance. As always, we've condensed the entire presentation into a short video you can watch over a few spare minutes.