Government interest in AI has picked up recently, and lots of government officials are actually beginning to question the very same issues company professionals have been asking 2 or maybe 3 years back. Governments as well as big NGOs are actually beginning to purchase AI, spending budget as well as time on pilot programs for different AI talks and applications with folks of the field on the future implications of the technology. With the summer, our founder spoke at a joint UN INTERPOL conference of Singapore on the implications of AI for police. Much more recently, he spoke at the UN in Geneva on the present uses of AI, completed a speaking tour for the World Bank across Asia and Europe during which he discussed how AI might help improve healthcare in developing nations, as well as spoke with generals as well as colonels learning at National Defense Faculty in Washington DC. As machine learning abilities develop, world governments will probably spend a lot more in AI studies.

The 25 Ways AI Can Revolutionize Transportation: From Driverless Trains to Smart Tracks

With massive breakthroughs in smart technologies being reported every month, it won't be long until our transport industries are dominated by AI. Here are just some of the ways artificial intelligence is changing the face of transport, and what we can expect in the near future. Autonomous cars have quickly moved from the realm of sci-fi into reality. Though still in the early stages, these AI-driven vehicles could drastically change how we get from A to B in the near future. From plowing snow to collecting garbage, self-driving trucks could soon be taking over a lot of our dirty work.

From autonomous cars to flying taxis to electric-powered aircraft, technological innovations in transportation vehicles seem to be moving faster than Elon Musk's express loop underneath Chicago. But when it comes to regular roads and traffic systems, we still seem to be stuck in the far right lane. The US has the worst traffic on the planet, with Los Angeles drivers leading the race to nowhere by spending an average of 102 hours per year in traffic jams. In 2014, the country spent $165 billion on highway construction, operation, and maintenance, according to the Congressional Budget Office. That can buy a lot of asphalt and concrete, but what else?

Billions of dollars have gone into the development of Autonomous Vehicle (AV) technology, with some manufacturers slowly introducing more sophisticated cruise control, braking and stability systems, driver alerts and other features, and others who are "going the extra mile" with full-on automation of vehicles including delivery trucks and shuttles within confined geographies (college campuses for example). The forecasts for truly autonomous vehicles interacting on public roads and highways range greatly, and public opinion varies; while drivers understand the benefits, they are also wary of letting go of the wheel, or others letting go of the wheel. Stories in the media, including those about fatal collisions, are not helping. There are no fully autonomous cars and trucks on public roads without at least a human overseer on board, which is prudent given the early nature of the evolution of AVs. Despite what some may perceive as constraints to innovation, an enormous amount of energy, attention and investment is underway in the United States of America, and where public agencies work with the AV "ecosystem," we can expect to see real progress as we head into 2020 making the next decade spurred along by the roll out of 5G networks, more lit fiber and other infrastructure improvements.

The new commute: How driverless cars, hyperloop, and drones will change our travel plans 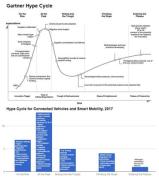 Articles about technology and the future of transportation rarely used to get far without mentioning jetpacks: a staple of science fiction from the 1920s onwards, the jetpack became a reality in the 1960s in the shape of devices such as the Bell Rocket Belt. But despite many similar efforts, the skies over our cities remain stubbornly free of jetpack-toting commuters. For a novel form of transport to make a material difference to our lives, several key requirements must be satisfied. Obviously the new technology must work safely, and operate within an appropriate regulatory framework. But public acceptance and solid business models are also vital if a new idea is to move from R&D lab to testbed to early adoption, and eventually into mainstream usage.