"My grandfather was a terrorist," says Anton Antonovich Antonov-Ovseenko matter-of-factly. Sitting in his small office in central Moscow, the journalist and academic pulls out photos from the family archive and recounts the adventures of his grandfather, radical activist Vladimir Antonov-Ovseenko. "He was plotting terrorist attacks. In 1906, he was sentenced to death for it. He was arrested when he opened fire on a bunch of gendarme officers.

Fox News Flash top headlines are here. Check out what's clicking on Foxnews.com. On this day in history, March 8, 1917, the first phase of the Russian Revolution began in present-day Saint Petersburg. The March Revolution (sometimes called the February Revolution because of the country's Julian calendar), saw widespread protests against the czarist regime over lack of food. For eight days, mass demonstrations unfolded, resulting in violent clashes with police.

MOSCOW – A century after its revolution shook the world, Russia strives to remember the uprising that brought about the Soviet Union without also romanticizing regime change.

London's role in the Russian Revolution

In August 1903, a small band of dedicated but argumentative political activists held a fractious conference in London. It consisted of Vladimir Lenin, Leon Trotsky and about 50 other committed agitators who wanted to overthrow the autocratic rule of the Russian Tsar. Their quarrels might have seemed minor at the time, but they have rippled out across history. This was when the Russian revolutionary movement divided into the two rival factions of Bolsheviks and Mensheviks. And a key vote happened in a pub in Islington.

Ten days that shook a century: How the Russian Revolution still echoes 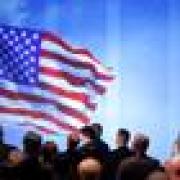 A band of political radicals seized the reins of power in post-tsarist Russia a century ago today, installing Vladimir Lenin as their first leader and setting in play some of the forces that made the 20th century the bloodiest in human history. It's hard, in fact, to imagine how different today's world would be had Lenin and his comrades failed in their coup and had the Soviet Union never been established. World War I likely would have ended about the same -- Lenin withdrew Russia from the war only nine months before the general armistice -- but the politics of Europe would have played out much differently, especially after the murderous Josef Stalin succeeded Lenin (who also had no qualms about using violence to cement power). But other questions are much harder to answer. Would any of the other forces vying for power after the fall of the tsar have ruled Russia less harshly or more democratically than the Bolsheviks, whose rise sparked a immediate civil war that ended only in 1922?