The arrests spurred a splash of publicity from state media, who are crowning Mr. Cheung--one of the Hong Kong megastars known as the "Four Heavenly Kings"--with a new title: "The Nemesis of Fugitives." China's police departments have been openly touting their use of technology to nab lawbreakers--a campaign that rights activists say is aimed at winning public support for growing state surveillance. Concert organizers in China have also increasingly deployed facial-recognition systems to curb scalping by verifying the identities of ticket-holders. Surveillance companies and local security agencies have experimented with deploying the technology at events around the country in recent years. The tests date back to 2015, when one company, Shenzhen-based Firs Technology Co. Ltd. said its facial-recognition system helped police identify drug-users, fugitives and ex-convicts at a jewelry exhibition in the city of Chenzhou, in central China's Hunan province. 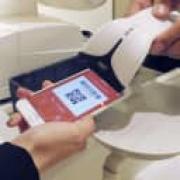 BEIJING - People.cn, the online unit of China's influential People's Daily, is boosting its numbers of human internet censors backed by artificial intelligence to help firms vet content on apps and adverts, capitalizing on its unmatched Communist Party lineage. Demand for online censoring services provided by the Shanghai-listed People.cn has soared since last year after China tightened its already strict online censorship rules. As a unit of the People's Daily -- the ruling Communist Party's mouthpiece -- it is seen by clients as the go-to online censor. Investors concur, lifting shares in People.cn "The biggest advantage of People.cn is its precise grasp of policy trends," said An Fushuang, an independent analyst based in Shenzhen.

China's rapidly evolving surveillance technologies have snared their share of fugitives in recent years. Most of these cases have involved facial recognition cameras, which can detect individual facial features regardless of glasses, hats or masks. There were the 80-odd wanted suspects picked out of crowds of tens of thousands of fans at concerts by Jacky Cheung, a legendary Hong Kong pop star. In April this year, a genius student wanted on suspicion of killing his mother was caught after being on the lam for almost four years. He was nabbed within 10 minutes of entering Chongqing airport, local media outlet Southern Metropolis Daily reported.

Chinese police used facial recognition to catch a suspect in a crowd of 60,000

Looks like the Chinese surveillance state is really up and running, guys! Chinese state news agency ECNS reported Thursday that police used facial recognition-enabled cameras to catch a criminal suspect amongst a crowd of 60,000 concert-goers. The suspect, identified as Mr. Ao, was wanted "in connection with an economic dispute." Ao and his wife had traveled about 55 miles to see a Hong Kong pop star, Jacky Cheung, in concert at the Nanchang International Sports Center. Facial recognition cameras identified him at the concert's entrance, and police apprehended Ao amidst the crowd.