Nearly 8,500 firefighters are battling the so-called Thomas Fire in Southern California, which began Dec. 4 and has destroyed more than 1,000 structures and threatened 18,000 more, including homes in the wealthy town of Montecito just outside the coastal city of Santa Barbara.

Number of Japanese born in Year of the Rat estimated at just over 10.6 million 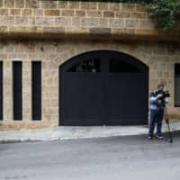 The total number of Japanese born in the Year of the Rat is estimated at about 10.62 million as of Wednesday, the first day of 2020, which features the animal from the 12 signs of the Chinese zodiac, according to an internal affairs ministry report. Year of the Rat-born people -- 5.16 million men and 5.46 million women -- account for 8.4 percent of Japan's population, constituting the third-largest group after those born in the Year of the Boar and Year of the Ox. Of the rat-year people, the number of those who were born in 1948, in the "first baby boom" generation in Japan, and will turn 72 this year, is the largest, at 2.09 million. The second- and third-largest rat-year groups are 2 million people born in 1972 and 1.51 million born in 1960, respectively. Those in the second-largest group will mark their 48th birthday this year, and those in the third-largest group their 60th birthday.

After more than 30 years in the B2B market, the logistics company DHL has decided to take advantage of the opportunities offered by the current growth of e-commerce in European countries. Claude Piwko, General Manager DHL Parcel Iberia recalls that " 93% of e-commerce exports are made in Europe ". The DHL Parcel section created for this activity in January 2017, makes 1,300 million shipments per year throughout the European territory, more than 26 countries. Looking to 2018, DHL expects to increase the sales figure in e-commerce this year by 15%.

It might be a company's first website or a company that has established an online presence, the goals can be same at all times; to meet the customer desires and to grow the business. Some of the Customers are still cautious of using credit cards on websites; so they need to be convinced and make them trust that the website is 100% secure and data breaches of any form are extremely unlikely.

The still-unnamed dwarf planet has an elliptical orbit that brings it about as close to the sun as Neptune, but with an orbital period of 548 years it takes over twice as long as Pluto to make it all the way around. A day on 2007 OR10 lasts is also extremely slow at about 45 terrestrial hours, and at the moment the dwarf planet is actually more than twice as far away from the sun as Pluto. That awkward distance made it a little difficult to calculate exactly how large and bright the object was until recently, when researchers at NASA Ames could combine data from the Herschel Space Observatory with visuals from the Kepler space telescope's K2 mission to accurately determine its size. And now all it needs is a name. The little floater in the Kuiper Belt was originally nicknamed "Snow White" when astronomer Mike Brown's team at California Institute of Technology discovered it in 2007.