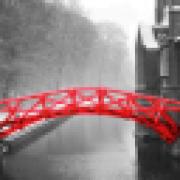 I use the methodology you speak of all the time. I was the original programer for Breiman and Stone's version of CART in the late 70's which is where I believe I was first introduced to that method. However we were very careful to use the term variation explained since there is little relationship to the theoretical Pearson "r". Be aware that this value can go negative. Which implies that parts of your model behave a lot higher variation then the population variance.

Decision Support System as method for transforming Healthcare inside out! - Enterprise Viewpoint

Specialty drugs account for just 2% of all medicines prescribed, yet they are on pace to comprise 50% of the drug spend in the next few years – ballooning to $400B in the US alone by 2020. Traditional approaches to drug utilization and cost management are simply not working. And biopharmaceutical pipelines are filled with new, high-priced, specialty drugs that continue to pressure health care budgets around the world. There is currently estimated to be up to $20billion in annual, solvable Specialty Rx inefficiencies in the US alone. By identifying which drugs are most effective for which patients (precision analytics for precision medicine) can a Decision support system (DSS) help solve the growing problem with Specialty Drug Use and Cost out of Control? This trend is unsustainable to the healthcare system.

A lead sponsor, Rep. Cynthia Browning, says the bill is an attempt to put into statute the current best practices of medical practitioners regarding opioid prescriptions. Browning says the bill also provides for right of action if a medical provider doesn't follow the best practices and a patient becomes addicted, meaning a patient could sue for damages.

Everyone's talking about ethics in AI. Here's what they're missing

Most of us do not have an equal voice or representation in this new world order. Leading the way instead are scientists and engineers who don't seem to understand how to represent how we live as individuals or in groups--the main ways we live, work, cooperate, and exist together--nor how to incorporate into their models our ethnic, cultural, gender, age, geographic or economic diversity, either. The result is that AI will benefit some of us far more than others, depending upon who we are, our gender and ethnic identities, how much income or power we have, where we are in the world, and what we want to do. The power structures that developed the world's complex civic and corporate systems were not initially concerned with diversity or equality, and as these systems migrate to becoming automated, untangling and teasing out the meaning for the rest of us becomes much more complicated. In the process, there is a risk that we will become further dependent on systems that don't represent us.

How Do I Reopen My Business? Sector-Specific Guidelines

Following the peak of the COVID-19 pandemic--or perhaps the first wave--state and local authorities across the country are beginning to lift stay-at-home orders, and small businesses are now trying to figure out how they'll reopen. But with no precedent for this type of situation and competing sources of information and guidance vying for attention and compliance, small business owners now find themselves on a virtual island trying to balance state and local directives with federal guidance, economic well-being against physical health, and individual freedom versus common good. While most everyone shares the same primary goal--to get business moving again while safeguarding the health and safety of employees and customers--the guidance for how small business owners should define their "new normal" varies widely, depending on the type of business and inherent risk levels. In recent weeks, Google and Facebook told their employees they could stay home until 2021. Capital One informed its 40,000 workers they will work from home until after Labor Day, at which time they'll reassess the situation.