The Future of Artificial Intelligence in China

China's research efforts in artificial intelligence (AI) began later than the U.S. and Europe. Early contributions in the 1970s included automated theorem proving, logic reasoning, search, and knowledge engineering. For example, Wen-tsün Wu is a pioneer in automated theorem proving. He received the State Preeminent Science and Technology Award in 2000, an honor bestowed on only 25 Chinese scientists across all fields to date. Bo Zhang and Ruqian Lu received the Life Achievement Award from the China Computer Federation (CCF) for their fundamental contributions respectively on problem solving and knowledge engineering. 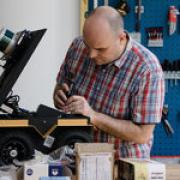 If Beijing has its way, the future of artificial intelligence will be made in China. The country laid out a development plan on Thursday to become the world leader in A.I. by 2030, aiming to surpass its rivals technologically and build a domestic industry worth almost $150 billion. Released by the State Council, the policy is a statement of intent from the top rungs of China's government: The world's second-largest economy will be investing heavily to ensure its companies, government and military leap to the front of the pack in a technology many think will one day form the basis of computing. The plan comes with China preparing a multibillion-dollar national investment initiative to support "moonshot" projects, start-ups and academic research in A.I., according to two professors who consulted with the government about the effort. The United States, meanwhile, has cut back on science funding. 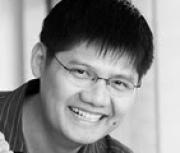 Artificial intelligence (AI) has evolved into a new era, and its rapid development will profoundly affect the everyday life of citizens worldwide. Countries around the world are establishing governmental strategies and initiatives to guide the development of AI. The Chinese government is using the development of AI as a major strategy to enhance national competitiveness and protect national security. In January 2016, the Chinese State Council released the 13th Five-year Plan on National Science and Technology Innovation, explicitly putting forward the guidance, general requirements, strategic mission and reform measures for Chinese science and technology innovation. Over the next five years, smart manufacturing will be one of the major missions of the "Science and Technology Innovation 2030 Project" and there will be a focus on the development of AI technology.

The U.S. Has AI Competition All Wrong

The development of artificial intelligence was once a largely technical issue, confined to the halls of academia and the labs of the private sector. Today, it is an arena of geopolitical competition. The United States and China each invest billions every year in growing their AI industries, increasing the autonomy and power of futuristic weapons systems, and pushing the frontiers of possibility. Fears of an AI arms race between the two countries abound--and although the rhetoric often outpaces the technological reality, rising political tensions mean that both countries increasingly view AI as a zero-sum game. For all its geopolitical complexity, AI competition boils down to a simple technical triad: data, algorithms, and computing power.