Reducing Stress, Anxiety? Talk To Yourself In The Third Person

Talking to yourself in the third person when you're under stress might help you better control your emotions and anxiety level, according to new research. Scientists are saying that simply switching from using "I" and "me" in our inner monologues to using our own names while reflecting on our thoughts and feelings could make us less emotional without a lot of effort, making the method an easy way to reduce stress. People participating in a study were asked to look at images that would disgust or disturb them or to think about negative memories while reflecting on themselves in the first person or third person -- the first group using "I" to refer to themselves and the others using their own names. For example, the former participants were called upon to ask, "what am I feeling right now?" as compared to "what is [Participant's Name] feeling right now?" a study in the journal Scientific Reports explained. One image that might be disturbing in nature, enough to cause an emotional reaction, is one of another person holding them at gunpoint, Michigan State University said in a statement about the research.

"Awkward giggles," confusion, and nervousness: on October 21, Fujitsu Labs announced their software would be able to detect all of these emotional expressions and feelings. In May, journalists reported Amazon was working on a wearable device that will be able to detect its owner's feelings. It will "sync with a smartphone app," and supposedly be capable of detecting "joy, anger, sadness, fear, disgust, boredom…" Meanwhile, Affectiva is promoting the idea that its software might be able to tell you when you've hurt people's feelings on social media, while the Dutch company Braingineers touts its alleged ability to discern how "users really feel." These proposed inventions are based on shaky understandings of human psychology which presume that emotions are concrete, detectable entities that can be reliably recognized and identified across time and space. Such a view comes from Darwin; it was resuscitated in the 1960s by psychologist Paul Ekman, and still circulates widely today (especially in Silicon Valley, as Rich Firth-Godbehere has incisively noted).

In 1995, psychologist and science journalist Daniel Goleman published a book introducing most of the world to the nascent concept of emotional intelligence. The idea--that our ability to understand and manage emotions greatly increases our chances of success--quickly took off, and it went on to greatly influence the way people think about emotions and human behavior.

This Man Says the Mind Has No Depths - Issue 62: Systems 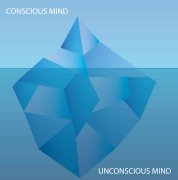 A whole lot of books on the brain are published these days and you can read yourself into a coma trying to make sense of their various messages. So it was with my usual low-burn curiosity that I starting reading The Mind Is Flat by British behavioral scientist Nick Chater. At least the title is intriguing. But as I started reading it, I perked right up. Maybe that's because it starts with a long riff on Anna Karenina and asks us to plumb the motivations of her suicide. What if the great steam engine slammed on its brakes and Anna didn't die? Would she be able to explain her own motivations to a psychologist while convalescing in a Swiss sanatorium? Chater writes it makes no difference that Anna is a fictional character. We would go through the exact same mental peregrinations with a real person.

I've got a gut feeling: Harnessing the power of intuition

It's that voice in the back of your head telling you that you should bring a raincoat or umbrella. It's that sinking feeling you have in the pit of your stomach when feeling that you've been betrayed. It's the instant connection that you have with your best friend. It's that hunch that you should make that investment or take a business risk. Intuition has long been studied.