Vinci 2.0 smart headphones are looking to take your phone out of the equation 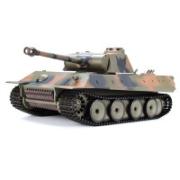 Vinci believes in a future where your headphones are the central hub of your connected world. Wire-free and phone-free, Vinci is perfect for joggers, travelers and all music lovers. Vinci allows you to voice control your music when manually choosing songs on your phone is inconvenient. No matter what you're doing - walking, running, or commuting - you can tell Vinci exactly what song or artist you want to listen to, say a specific genre or mood, or let Vinci pick a song for you. Voice-controlled and hands-free, Vinci connects you with music requests, information, directions, local venue recommendations, reminders, and so much more.

Move over Apple AirPods, and make way for headphones featuring artificial intelligence (A.I.) technology. Californian company Vinci has developed headphones that aim to be the "central hub of your connected world". The headphones currently feature on Kickstarter selling for $99 with a release date estimated at May 2017. The wireless headphones are voice controlled and powered by cloud technology, with no connection needed to a mobile phone. The headphones allow for voice control for users to choose songs so that they don't have to manually choose them.

Vinci smart headphones have a friggin' screen on them

The idea behind the Vinci headphones, it appears, was to cram all the technologies available to mankind into them, even those that you don't really expect from headphones. Besides being untethered to a music source, they listen to your voice, cancel outside noise, track fitness, charge wirelessly and, yes, they have a touchscreen on one of the earpads. We found the Vinci, which come from a very successful Kickstarter campaign that started in Nov. 2016, at ShowStoppers, a smaller event accompanying CES. The Vinci are quite an insane product, but they're not quite there yet. The prototype I saw at CES is version 1.0, and it didn't have several of the features listed above, including noise cancelling.

After four decades of searching, two Italian historians revealed 35 people likely to be living descendants of Leonardo da Vinci, the BBC reports. "Obviously I'm surprised, but happy," the Guardian quotes one such possible relative, architect Elena Calosi, as saying. "Who has not studied Leonardo or seen his paintings?" According to Discovery News, da Vinci's potential descendants include a baker, a policeman, and Oscar-nominated director Franco Zeffirelli (1968's Romeo and Juliet), all still living in the areas around Florence. One says his mother always talked about being related to da Vinci, but no one believed her.