Obama expected to bar drilling in swaths of Atlantic, Arctic

FILE - In this May 14, 2015, file photo, the oil drilling rig Polar Pioneer is towed toward a dock in Elliott Bay in Seattle. The rig was the first of two drilling rigs Royal Dutch Shell was outfitting for Arctic oil exploration. President Barack Obama is expected to order wide swaths of the Atlantic and Arctic oceans placed permanently off-limits for oil drilling, in an 11th-hour push for environmental protection before he leaves office.

NC Governor on Trump Drilling Plan: 'Not off Our Coast'

In April, Trump signed an executive order to expand oil drilling in the Arctic and Atlantic oceans, reversing restrictions imposed by President Barack Obama, and the Interior Department is rewriting a five-year drilling plan. A federal agency is now seeking permits for five businesses to use seismic air guns to find oil and gas formations deep under the Atlantic, despite the harm environmentalists say this technology does to marine mammals. Maryland GOP Gov. Larry Hogan also announced his opposition this month. 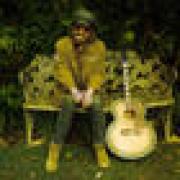 Florida is still under consideration for offshore oil drilling, a top Interior Department official said Friday, contradicting an announcement last week from Interior Secretary Ryan Zinke that energy exploration off the coast of Florida was "off the table." The comments from Walter Cruickshank, Bureau of Ocean Energy Management director, came during a congressional hearing where he was grilled by two Democratic representatives, Jared Huffman of California and Darren Soto of Florida. "[Zinke's] statement stands for itself, and we have no formal decision yet on what is in or out of the five-year program," Cruickshank said in response to a question. Cruickshank later said an analysis would have to be done but that Zinke's statements would be taken into account. Zinke was more declarative last week.

Spanish Rescuers to Start Drilling for Boy Trapped in Well

Trucks brought drilling equipment and giant pipes to the site on Friday. Drilling of the first of two tunnels that will be made to reach the boy is expected to begin at midday local time on Saturday and take around 15 hours, officials said.

This oil rig and pipeline off Alaska may become a more common sight across much of the U.S. coasts, but at what cost?