13 photos of General Kelly that scream: "I hate my boss"

General Kelly has one of the world's toughest jobs: keeping President Trump off Twitter. One slip up and he could put the world at risk of nuclear holocaust. We've all been there, man. The already beleaguered Chief of Staff has had a particularly challenging time the past few weeks, between trying to convince his boss to denounce white supremacists (whomp whomp, Trump didn't quite listen to that) and discouraging him from starting a war with North Korea. Kelly, a man whose soul was carved out of limestone rock, hasn't exactly been "cheesing for the cameras" for the last month.

Brazil's Neymar da Silva Santos Júnior has become a highlight of the 2018 World Cup -- not for his skills, but for his time spent lying on the pitch. A study released this week revealed that Neymar has spent an impressive 14 minutes on the ground during the 2018 World Cup. His dramatic falls, slips, fouls, and spills have prompted countless memes, and have even inspired children to act out his most ridiculous moments. SEE ALSO: Neymar's World Cup dive gives us the top-notch memes we've been waiting for In celebration of Neymar's moments spent lying on the ground instead of playing, wasting away the world's time, we have compiled some photos for your viewing pleasure. Brazil may be out of the competition, but at least we'll always have these photos.

The world is on fire, but at least Harry and Meghan are loved-up in their first public engagement 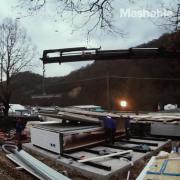 News of their engagement brought fans of the Royals into a rapturous ecstasy. 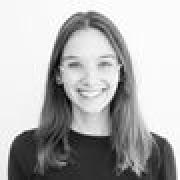 Know any soccer enthusiasts rooting for France? They are absolutely, 100%, without a doubt the happiest people you know right now. France won the 2018 World Cup on Sunday, beating Croatia 4-2 thanks in part to 19-year-old star Kylian Mbappé. After the victory, fans watching took to the streets in Paris, celebrating, waving flags, and full-on screaming near the Arc de Triomphe. It is the happiest shit ever.

To celebrate National Doughnut Day, here's the worst stock photography we could find

On National Doughnut Day, you're bound to see at least a few free doughnut articles floating around your Facebook newsfeed. And if the editors on those pieces have done their jobs well, they'll have shielded you from the worst of food stock photography. But in honor of the sugar crash that awaits us all later this evening, we combed through pages of stock photos to find the weirded doughnut photos agencies have to offer.