Thousands rally in Istanbul in solidarity with Palestinians

Istanbul, Turkey - Thousands of people have taken to the streets of Turkey's largest city to protest against the US' decision to officially relocate its embassy in Israel from Tel Aviv to Jerusalem. At least 6,000 people converged on Monday in central Istanbul to denounce the inauguration ceremony and the killings of at least 55 Palestinians by Israeli forces in Gaza - in what marked the bloodiest day in the besieged coastal enclave since the 2014 war. The Israeli military fired live ammunition, tear gas and firebombs at unarmed protesters who had gathered in Gaza along several points near the fence with Israel, wounding more than 2,700 people. UN rights experts denounced Israel for using a "disproportionate use of force", while Amnesty International called it a "horror" that violated international law. As news of the deaths in Gaza spread in Istanbul, huge crowds descended on the busy Istiklal street waving Palestinian and Turkish flags. 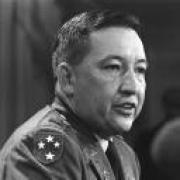 ANKARA – Turkish President Recep Tayyip Erdogan on Monday accused Israel of "state terror" and "genocide" after Israeli forces killed at least 55 Palestinians on the Gaza border. In one of his most vehement broadsides ever against the Jewish state, Erdogan also announced three days of national mourning over the deaths, as well as a giant protest in Istanbul on Friday. Thousands had earlier marched through central Istanbul to denounce the bloodshed as the U.S. moved its Israel embassy from Tel Aviv to Jerusalem in defiance of widespread outrage in the Islamic world. "Israel is wreaking state terror. Israel is a terror state," Erdogan told Turkish students in London in a speech broadcast by state television.

Erdogan: UN 'finished' after failing to act over Gaza killings

Turkish President Recep Tayyip Erdogan said the United Nations "collapsed" when faced with Israeli security forces killing more than 60 Palestinians in the Gaza Strip during protests earlier this week. Speaking on Wednesday in the Turkish capital, Ankara, Erdogan described the UN as "finished" because of its lack of response to Israel's continued use of deadly force against demonstrators in the besieged coastal enclave. On Monday, Israeli forces killed more than 60 Palestinian protesters along Gaza's fence with Israel as tens of thousands of people rallied as part of the Great March of Return, and against the opening of a new US embassy in Jerusalem. More than 2,700 others were wounded as soldiers fired live ammunition and tear gas at those who had assembled. Erdogan accused Israel of "tyranny" and said Turkey would evacuate those injured from Gaza, where hospital facilities are reportedly at a breaking point.

World leaders react to US embassy relocation to Jerusalem

The US administration has officially relocated the country's embassy in Israel from Tel Aviv to Jerusalem, fulfilling one of Donald Trump's key promises during his election campaign. A special US delegation attended the inauguration ceremony on Monday, which coincided with the 70th anniversary of Israel's founding. The move infuriated Palestinians and sparked international condemnation. Previous US presidents, as well as nearly every other country, refrained from opening embassies in Jerusalem, arguing that the city's final status should first be resolved through Israeli-Palestinian negotiations. Israel's foreign ministry said all 86 countries with diplomatic missions in Israel were invited to the embassy opening today, yet only 33 countries confirmed attendance.

Turkey's foreign ministry has asked Israel's consul-general in Istanbul to leave the country "for some time", after Israeli forces killed more than 60 Palestinians during protests in the Gaza Strip. On Tuesday, the ministry made a similar call to Israel's ambassador to Ankara, which got reciprocal response from Israel on the same day. Elton Naeh, the ambassador, had only been in his post since December 2016, after a reconciliation deal earlier that year ended a dispute over the May 2010 deadly storming of a Turkish ship by Israeli commandos that saw relations downgraded for more than half a decade. Ankara has been a vocal critic of the Israeli violence against Palestinians in Gaza and the opening of the US embassy in Jerusalem. On Monday, Israeli forces killed more than 60 Palestinian protesters in Gaza as tens of thousands of people rallied as part of the Great March of Return and against the US embassy move, which overturned decades of US foreign policy.