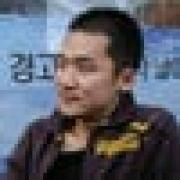 Cho Mu-hyun covers global tech conglomerates Samsung, LG and technology news in Asia. Samsung leader Lee Jae-yong, second from right, toured the company's Pyeongtaek chip plant on the first working day of 2021. Samsung said on Tuesday it will spend 450 trillion won, approximately $355 billion, over five years up to 2026 on strategic businesses, which include semiconductors, biopharmaceuticals, and next-generation technologies. The spending amount marks an over 30% increase from the previous five-year period, in which the company spent 330 trillion won, the South Korean tech giant said, adding it will drive long-term growth. The 450 trillion won will be for capital expenditure and research spending, with 360 trillion won of the total to be invested in South Korea, Samsung said, noting countries around the world are recognising the strategic importance of semiconductor and biopharmaceutical industries.

Samsung to spend $205 billion across 3 years for 'strategic businesses'

Samsung said on Tuesday it will spend 240 trillion won, approximately $205 billion, over the next three years as part of efforts to become a leader in what it calls "strategically important industries". These industries include semiconductors, biopharmaceuticals, telecommunications, and emerging technologies such as AI and robotics. The 240 trillion won allocation will create 40,000 direct jobs, with 180 trillion won of that total to be spent in South Korea. According to Samsung, it spent around 180 trillion won in capital expenditure and R&D from 2018 to 2020. The upped spending plan for the next three years is aimed at making Samsung a leader for strategically important industries so it is ready for "great changes in industry, international order, and social structure expected after the COVID-19 pandemic," the South Korean tech giant said.

Samsung Electronics expects operating profits for the first quarter to rise 50.3 percent, the South Korean tech giant said in a statement Thursday, despite global supply chain woes. The world's biggest smartphone maker forecast 2022 first-quarter operating profits of about 14.1 trillion won ($11.6 billion), up from 9.4 trillion won in the same quarter last year. Samsung did not provide details on the performance of its various divisions. The company is expected to release its full results on April 28. Analysts said the forecast was likely driven by strong smartphone sales, but warned of an expected drop in profits in the memory chip division. 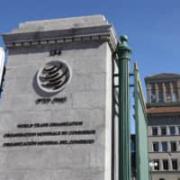 Samsung Display Co. plans to spend 13.1 trillion won ($11 billion) developing and building next-generation displays, responding to a flood of supply and price pressure from fast-moving Chinese rivals. In an announcement event attended by South Korean President Moon Jae-in and Samsung Electronics Co. Vice-Chairman Jay Y. Lee, the investment was presented as a move to reorganize the display industry while maintaining Samsung's global lead and Korea's established dominance. The government will invest about 400 billion won into next-generation displays to propel that objective, Moon said. The Samsung unit will build a quantum-dot display production line in Asan, according to a company statement, which will begin operations from 2021 with an initial annual capacity of 30,000 panels larger than 65 inches. Production will then scale up from there, with a long-term development plan that stretches out to 2025.

Samsung reported its highest second-quarter operating profit in its history. SEOUL, South Korea (AP) -- Samsung Electronics Co. said Friday its second-quarter operating profit soared to the highest in its history as massive data growth fueled a boom in the semiconductor sales and helped defy sluggish growth in the smartphone market and a slow recovery in the global economy. In its earnings preview, the South Korean tech giant put its April-June operating profit at 14 trillion won ($12.1 billion), up 72 percent from 8.1 trillion won ($7 billion) a year earlier. Sales rose 18 percent to 60 trillion won ($51.9 billion). The stunning result beats already-high expectations and puts Samsung on track to report the highest profit in its history for the full year.