Old male elephants that are targeted for their ivory by hunters actually play a crucial role within the herd role by leading young male groups to food and water. UK researchers rubbished claims by trophy hunters and ivory dealers that old males are worth killing for their precious tusks on the grounds they are'redundant' in terms of breeding and species survival. Scientists set up cameras to track African savannah elephants in Botswana in central Africa, where populations are decreasing due to poaching and conflict with humans. The experts say the oldest males in all-male groups are most likely to hold'leading positions' when they travel, potentially helping younger, less experienced followers. The species (Loxodonta africana) is being driven to near extinction due to hunting and is currently listed as'vulnerable' on the IUCN Red List.

30,000 thermal images of elephants to help conservation in the wild

Asian elephants at a British zoo are helping train thermal imaging cameras to accurately detect the endangered animals in the wild. The cameras have so far captured more than 30,000 images of elephants at Whipsnade Zoo in Bedfordshire, led by Zoological Society of London (ZSL). The tech can detect the zoo's Asian elephants 24 hours a day, even in total darkness, by identifying their unique heat signatures. Once positioned in the wild, the cameras will accurately confirm the presence of an elephant and send text messages to local communities or response teams. This will let them know exactly where elephants are, and help to avoid conflict situations between humans and the endangered animals, aiding conservation.

Poaching of African elephants is in DECLINE

African elephant poaching is in decline as experts discover less of the enormous animals being slaughtered now than they were in 2011. Figures show that more than ten per cent of Africa's elephants were illegally killed that year as the poaching epidemic reached its peak. The figure dropped to four per cent in 2017 and it is believed the drop in deaths is due to declining demand for ivory in China. Conservationists are tentative about the good news however, saying more work and education is needed in order to ensure the long-term survival of the species. Between 10,000 and 15,000 elephants are slain every year it is believed, rapidly diminishing the estimated population of just 350,000 elephants.

Poaching of African elephants has slowed but they still face extinction, researchers say 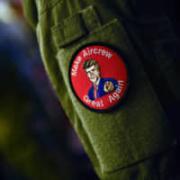 PARIS - The illegal slaughter of African elephants to feed Asia's demand for ivory has decreased by more than half in eight years, but the mammals are still threatened with extinction, researchers warned Tuesday. In 2011, poachers killed some 40,000 elephants -- about 10 percent of the continent's population, according to figures from the Convention on International Trade in Endangered Species (CITES), based in Geneva. Last year the kill rate was about 4 percent, or 15,000 animals, according to new research published in Nature Communications. "We are seeing a downturn in poaching, but it is still above what we think is sustainable," said co-author Colin Beale, a conservation biologist at the University of York. At current trends, the African elephant is in danger of being "virtually wiped out," surviving only in small, heavily protected pockets, he said.

A hoard of more than 100 elephant tusks aboard a sunken ship that was lost for nearly 500 years has been traced to West Africa in a new study. Scientists used DNA analysis to compare the well-preserved tusks – recovered from a 16th century Portuguese shipping vessel called the Bom Jesus that was discovered in 2008 – to those belonging to various species of modern-day elephants. The 500-year-old ivory matched up with the African forest elephant (Loxodonta cyclotis), which is native to humid forests in West Africa and Congo Basin. Traders aboard the ill-fated shipping vessel would have maimed the species on the West coast of Africa in their attempts to flog the creatures' ivory in India – before the ship sank and the traders perished at sea. The study reveals that African forest elephants were already living in the savannah in the early 16th century – challenging the notion that they first moved out of the rainforest in the early 20th century.