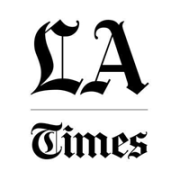 Corporate executives like to say gender diversity is one of their top priorities. They mount publicity campaigns, tout their equal pay measures and start up women's networks to help promote female leaders. But the view of those agendas -- and companies' success at achieving them -- is starkly different when it comes to male and female employees, according to a survey released last week. The survey, by consulting giant McKinsey and the Sheryl Sandberg-funded women's organization Lean In, shows a sharp divide between how men and women view their companies' efforts at advancing women. The annual report, which in 2017 surveyed more than 70,000 employees working at 76 companies, shows that 63% of men said their company is doing what it takes to improve gender diversity, while 49% of women said the same.

Google has launched a new internship program aimed at young black professionals based in Brazil. The Next Step initiative is aimed at increasing the representation of black employees at the company's Brazilian offices. One of the main differences of the program is that it will not include fluency in English as part of the list of desired qualifications. The company will aim to address this by offering an intensive on-premises English language course. Video: We can fix the IT skills shortage.

Almost a year after former Google employee James Damore's infamous diversity manifesto that put diversity in the tech world under the spotlight once again, Google has released a full diversity report. The exhaustive document provided hard data on how Google's workforce looks on axes of race and gender. The full report can be found here, courtesy of Google. This is the fifth annual report from Google and the first since the Damore incident last August. According to Google's findings, things have not improved much in terms of demographic representation in its employment since last year.

James Damore, the Google engineer who penned an anti-diversity manifesto that has shaken Silicon Valley, is seeking'legal remedies' after his firing. SAN FRANCISCO -- Google is struggling to hire and retain underrepresented minorities -- particularly women of color -- despite repeated promises over the last four years to make its workforce reflect the billions of people it serves around the globe. Women of color remain the least represented demographic at Google and significantly trail their male counterparts of the same ethnicity in the Internet giant's U.S. workforce, according to Google's annual diversity report released Thursday. Google has made few strides in increasing the number of Blacks, Hispanics and Latinos, who are not only being hired at lower rates, but are leaving at higher rates than other employees. Executives, including Google CEO Sundar Pichai, are pledging to redouble diversity efforts and plan to make women of color an "intentional focus," with the goal of reaching "available talent pools at all levels," says Google's diversity chief Danielle Brown.