NEW YORK – The Massachusetts Institute of Technology said Saturday that Joichi Ito has resigned as director of the MIT Media Lab amid concern over his financial ties with disgraced late financier Jeffrey Epstein. Ito, a Japanese national, had been under pressure to step down following revelations of financial assistance from Epstein, who committed suicide in New York prison last month amid allegations that he ran a sex trafficking ring. According to The New York Times, Ito received $525,000 from Epstein for the lab and $1.2 million for his own investment funds. In a statement issued on Aug. 15, Ito apologized for his ties with Epstein. While acknowledging receipt of financial aid from Epstein, Ito said, "I was never involved in, never heard him talk about, and never saw any evidence of the horrific acts that he was accused of." 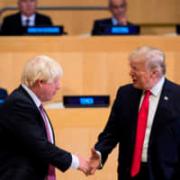 LONDON – Britain's Prince Andrew on Saturday insisted that "at no stage" during his friendship with convicted pedophile Jeffrey Epstein did he "witness … any behavior of the sort that subsequently led to his arrest." The prince, Queen Elizabeth II's second son, is under heavy fire over his relationship with the disgraced U.S. financier, and admitted in a statement Saturday that "it was a mistake and an error to see him after his release in 2010." "At no stage during the limited time I spent with him did I see, witness or suspect any behavior of the sort that subsequently led to his arrest and conviction." Epstein was found dead in his cell earlier this month, and the prince was once more drawn into the story after a video was released purporting to show him at the criminal's home in 2010. Epstein had pleaded guilty in 2008 to procuring for prostitution a girl under the age of 18 and served 13 months in prison before being released on probation.

Fox News Flash top entertainment and celebrity headlines for August 28 are here. Check out what's clicking today in entertainment. A British actress publicly identified herself as a victim of convicted sex offender Jeffrey Epstein for the first time in court Tuesday. Anouska De Georgiou appeared alongside 15 other women in a Manhattan court to implore U.S. District Judge Richard Berman and prosecutors to go after those who allegedly conspired and enabled Epstein's crimes. De Georgiou, who starred alongside Jude Law in the 2004 film "Alfie," claims she was a teenager when she was introduced to the late billionaire. 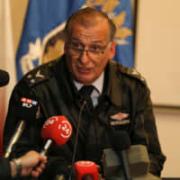 NEW YORK – A lawyer for Jeffrey Epstein's estate said Wednesday he is disappointed that women who say the financier sexually attacked them aren't suspending lawsuits to join a special compensation fund, but an attorney for one woman says lawsuits are the better route, at least for now. Attorney Bennet Moskowitz told a Manhattan judge that the women are moving "full steam ahead with their litigation" a month after plans were announced for the fund to compensate women who forgo lawsuits. Moskowitz said he was "disappointed, as of now, no one has said: 'Yeah, I'll give it a shot.' " The plaintiffs instead had "made it clear to us they're not yet sold on the program," he said. More than a dozen lawsuits are seeking millions of dollars in compensation for women who say they were sexually abused by Epstein, sometimes for years, at his homes in Manhattan, Florida, New Mexico, the Virgin Islands and Paris. Epstein, 66, killed himself in his New York City prison cell in August after he was arrested on sex trafficking charges. 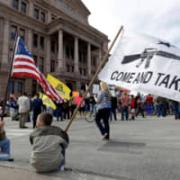 NEW YORK – The retail titan behind Victoria's Secret says the financier Jeffrey Epstein misappropriated "vast sums" of his fortune while managing his personal finances. Ohio billionaire Leslie Wexner said in a letter Wednesday that he recovered "some of the funds" but severed ties with Epstein in 2007 as sexual abuse allegations first surfaced against him in Florida. The letter was first reported by The Wall Street Journal. Epstein managed Wexner's wealth for years. It was through Wexner that Epstein acquired his seven-story Manhattan mansion near Central Park.