BT has confirmed it is removing Huawei equipment from key areas of its 4G network as concerns are raised about the Chinese firm's presence in critical telecoms infrastructure. Governments in the US, New Zealand and Australia have already moved to block the use of Huawei's equipment as part of the future rollout of 5G networks. Earlier this week the head of MI6 also suggested the UK needed to decide if it was "comfortable" with Chinese ownership of the technology being used. In a statement, the UK telecoms group has confirmed it is in the process of removing Huawei equipment from the key parts of its 3G and 4G networks to meet an existing internal policy not to have the Chinese firm at the centre of its infrastructure. "In 2016, following the acquisition of EE, we began a process to remove Huawei equipment from the core of our 3G and 4G mobile networks, as part of network architecture principles in place since 2006," BT said. 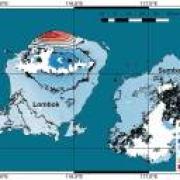 SEOUL – Pyongyang will suspend Chinese tour group visits to North Korea ahead of a high profile anniversary next month, according to news reports Saturday. The North's Korea International Youth Travel Agency told a Chinese tourist agency that hotels in Pyongyang would be closed for renovations for 20 days starting Saturday, according to South Korean media reports. Another North Korean travel agency informed their Chinese partner that an unspecified "state decision" meant they had to stop receiving Chinese tour group package travelers until Sept. 5, the reports said. North Korea has in the past restricted entry to foreigner tourists as the country prepares for significant events, giving a variety of reasons for the moves, Yonhap reported. The latest measure comes as the North prepares to mark the 70th anniversary of the foundation of the government.