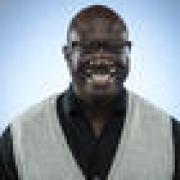 The 7-foot Zimmerman, 20, played in 19 games with the Orlando Magic last season. He averaged 1.2 points and 1.8 rebounds for the Magic. However, Zimmerman spent most of last season playing for the Erie BayHawks of the NBA Development League, now the Gatorade League, averaging 13.9 points and 8.9 rebounds. He was drafted out of UNLV in the second round of the 2016 NBA draft.

FILE - In this July 9, 2013, file photo, George Zimmerman leaves the courtroom for a lunch break his trial in Seminole Circuit Court, in Sanford, Fla. George Zimmerman says he's vetting bids after closing an auction for the pistol he used to kill unarmed black teenager Trayvon Martin during an altercation, Wednesday, May 18, 2016. The former neighborhood watch volunteer who was acquitted in the 2012 slaying says on his blog that the sale was successful, though he gives no details and says the buyer may choose to remain anonymous.. (Joe Burbank/Orlando Sentinel via AP, Pool, File) The Associated Press

Fox News Flash top headlines are here. Check out what's clicking on Foxnews.com. Zimmerman wrote in his Associated Press diary he was still "deciding whether to play." "When it comes down to it, it's a decision not just for me, but for my family as well," Zimmerman wrote. "I have a 3-week-old baby. My mother has multiple sclerosis and is super high-risk; if I end up playing, I can pretty much throw out the idea of seeing her until weeks after the season is over. "There's a lot of factors that I and others have to consider.

A Florida man who fired a gun at George Zimmerman's vehicle during a road-rage confrontation was convicted Friday of attempted second-degree murder. Jurors also found Matthew Apperson, 37, guilty of shooting into a vehicle and aggravated assault with a firearm, local news organizations reported. He faces sentencing Oct. 17. Apperson testified that he acted in self-defense last year. He said he fired at Zimmerman during the confrontation because Zimmerman flashed a gun.

Authorities say George Zimmerman threatened a private investigator working for a documentary filmmaker. Court records show Zimmerman was issued a summons for a May 30 arraignment on a charge of misdemeanor stalking. A sheriff's report says the investigator contacted Zimmerman in September on behalf of Michael Gasparro, who is making a documentary on Trayvon Martin. The series is being produced by rapper Jay-Z. Court records show the private investigator received 55 phone calls, 67 text messages, 36 voicemails and 27 emails from Zimmerman in December.