It seemed like the only video game anyone was talking about after its Feb. 25 release. But there have been other blockbusters this year, along with an impressive lineup of indies, expansions, and beloved franchise mainstays that we ourselves are still talking about with our friends inside and outside of Mashable. As the year reaches its midpoint, please join us for a look at all the new games that have dazzled us the most so far, whether or not they're called Elden Ring. Pokemon Legends: Arceus finally delivers on the promise of an immersive adventure that lets players feel like they live in the Pokemon universe. Game Freak's latest takes players back in time to the familiar Hisui region from Pokémon: Diamond and Pearl (as well as recent remakes Brilliant Diamond and Shining Pearl), and places them at a flashpoint in Pokémon history: The creation of the world's first Pokédex.

It's both incredibly easy and somewhat difficult to describe Nintendo's fighting crossover game series, Super Smash Bros. Dig deeper into the series' latest entry, Super Smash Bros. Ultimate, and you'll find more than a fighting game that's fun for parties. You'll get a tour through Nintendo's gaming history, shared via its new story mode, as well as a game that caters to every type of player, from the casual newcomer to the competitive veteran. Super Smash Bros. Ultimate brings back every playable character from the series' past, adds some new ones, and spares little expense when it comes to giving fans what they truly want from a game where a sword-wielding Mega Man can knock Sonic the Hedgehog into a black hole created by Dr. Mario. Sure, the premise -- ridiculous fights between your favorite characters -- is the same, but with such a winning formula, why fix what ain't broken? Here's the gist: Super Smash Bros. is a platform-centric fighting game series, the goal of which is to knock your fellow combatants off themed stages and into oblivion.

The Killer Groove: The Shadow AI of Killer Instinct 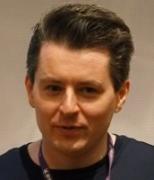 The 2013 reboot of fighting game Killer Instinct on Xbox One has proven a popular game in the modern e-sports arena. While it successfully revives the long-dormant franchise from the Super Nintendo and Nintendo 64 era, it also introduces a new approach for fighting game AI. The Shadow Mode system -- a free update released in season 2 of Killer Instinct in 2015 -- allows for players to construct AI-driven fighters that are designed to match your own capability when playing as a given character. After spending three training sessions in the dojo, your shadow AI is capable of replicating a portion of your behaviour: with many of your strategic decisions being mapped to the non-player character. Once established, your shadow can be sent off to fight your friends or other players on Xbox Live.

This term is a portmanteau derived from two beloved games that arrived on the Nintendo Entertainment System in the mid-1980s, Metroid and Castlevania, and is usually applied to 2D games in which the world is explorable in all directions (as opposed to classic platform games, in which you go from left to right). There are usually secret rooms and areas that can only be accessed once you've found some key or item later on, so players have to mentally map their progress and backtrack when necessary. In this way a good metroidvania world is like a story, with tension, foreshadowing, plants, payoffs and surprise reveals built into the very foundations. Try: Hollow Knight, Axiom Verge, Ori and the Blind Forest. One of the most popular indie game genres, the term roguelike comes from the 1980 game Rogue, originally developed by coders Michael Toy and Glenn Wichman.

Why Dragon Ball FighterZ is this generation's Street Fighter II

As a teenager in the early 90s, there was only one real threat to my academic future. It wasn't drugs or alcohol and it certainly wasn't a doomed love affair (if only!). It was Street Fighter II.