Miniature satellites are increasingly a big deal, and for good reasons: they're not only less expensive and easier to deploy than the giant satellites of old, but can cover wider areas. And the White House wants to give them a helping hand. It's launching an initiative that will foster small satellites with the resources they need to flourish. To start, NASA is not only proposing as much as 30 million toward purchasing data from these tiny vessels, but creating a Small Spacecraft Virtual Institute that will offer know-how to organizations. A more direct effort has the National Geospatial-Intelligence Agency awarding Planet a 20 million contract for a fleet of small satellites that can capture images of "at least" 85 percent of the planet every 15 days.

A Chinese internet company called Bilibili will soon become the first in the country to launch its own satellite. It's being called an educational satellite launched "with the aim of inspiring a sense of wonder and curiosity in the scientific world amongst young people in China" according to the company. The bar for launching satellites into space is quickly falling thanks to mini satellite and micro satellite technology, which leverages shrinking components and the proliferation of sensing equipment related to the rise of mobile computing. With private companies such as China's iSpace offering payload services to space, companies and organizations have never had more access to the universe beyond our planet. Tiny, privately owned satellites are also giving the public new perspectives on earth and the cosmos, as well as access to technology that was previously the realm of governments. They're also helping companies offer compelling services and content to end users. 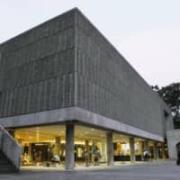 An H-IIA rocket carrying a government optical intelligence-gathering satellite is scheduled for launch in January, according to Mitsubishi Heavy Industries Ltd. The device will join Japan's seven other reconnaissance satellites believed to be utilized for such purposes as monitoring developments at North Korean missile sites. The H-IIA rocket is set to lift off between 10 a.m. and noon Jan. 27 from the Tanegashima Space Center in Kagoshima Prefecture, Mitsubishi Heavy said Monday. Japan operates two types of reconnaissance satellites -- optical satellites that take photos of the ground using a device similar to a digital camera, and radar satellites that can be used to capture images in the evening as well as in poor weather conditions. According to the government, Japan is currently operating five radar and two optical satellites, and aims to operate a total of 10 in the future.

Once an Internet Underdog, Satellite Is Having a Moment - AnalyticsWeek

If one talks to enough people in the broadband game, it's not unusual to hear the opinion that satellite Internet doesn't cut it in terms of speed and reliability. Despite this viewpoint, more than 2 million customers in the United States pay for satellite Internet, and big-name players like Amazon and SpaceX are spending billions to enter the market. Steve Hill, president of the Satellite Broadcast and Communications Association, said the beginning of the pandemic was an "eye-opener" in terms of the increasing demand for satellite Internet. "We were seeing a lot of business in [a matter of] days that we hadn't seen before," Hill said. Assuming that the various complaints about satellite Internet have some merit, why is the industry growing so much?

The additional layer of fine data provided by the pair of GRACE satellites (illustrated() could help to track the Earth's centre of mass (CM) as it drifts The views expressed in the contents above are those of our users and do not necessarily reflect the views of MailOnline. By posting your comment you agree to our house rules.