On Monday, President Donald J. Trump will sign an executive order to help sea veterans seamlessly transition into the United States Merchant Marine. By simultaneously expanding veteran opportunities for great jobs at great wages while strengthening our Merchant Marine, this action embodies a key principle of the Trump administration: economic security is national security. The civilian men and women of the United States Merchant Marine who pilot sealift vessels represent a mission-critical component of United States military readiness. In World War II alone, nearly 10,000 merchant mariners were killed by enemy fire and died at a rate of 1 in 26 – a casualty rate higher than any branch of the United States military. Their willingness to serve and their sacrifice continue to play a vital role in America's defense. 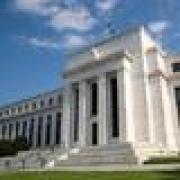 Even as Congress is blowing its deadline to produce a budget, a once-dominant Senate committee tried to reassert itself and move ahead on 12 annual spending bills that for years have been offered as a take-it-or-leave-it bundle. The Senate Appropriations Committee unanimously approved two of the most popular spending measures on Thursday, providing spending increases for veterans and funding popular energy and water development programs. Senate Majority Leader Mitch McConnell, R-Ky., promised to spend three months of the Senate's time for floor debates on the measures, trying to revive an appropriations process that broke years ago. But a companion House effort faces an uncertain future, as GOP conservatives derailed the efforts of House Speaker Paul Ryan, R-Wis., to pass a separate, broader budget plan. Many GOP conservatives oppose both the GOP budget and the follow-up spending bills, which include higher spending levels of last year's budget deal.

The Jones Act, explained (and what waiving it means for Puerto Rico)

Workers unload containers of shipping company Crowley from a barge after the area was hit by Hurricane Maria at the port in San Juan, Puerto Rico, September 26, 2017. Officials in Puerto Rico praised President Donald Trump on Wednesday for temporarily waiving the 1920 Jones Act, which they said would help provide faster relief as the island tries to recover from Hurricane Maria. But what exactly does that waiver do -- and will it actually help? Here's a look at the nearly-century-old law and how it could affect recovery on the U.S. territory. What is the Jones Act and why was it created?

Capturing life on the coast of Britain

During this June's Seafarers Awareness Week, the Shipwrecked Mariners' Society charity challenged the nation's photographers to illustrate Britain's relationship with the sea. The entries are in and the winning images celebrate Britain's proud maritime heritage - its merchant ships, fishermen, coast, harbours and ports. Here is a selection of shots which capture the ultimate sea views.