That was the year she learned to control a Nexus tablet with her brain waves, and literally took her life quality from 1980s DOS to modern era Android OS. A brunette lady in her early 50s, patient T6 suffers from amyotrophic lateral sclerosis (also known as Lou Gehrig's disease), which causes progressive motor neuron damage. Mostly paralyzed from the neck down, T6 retains her sharp wit, love for red lipstick and miraculous green thumb. What she didn't have, until recently, was the ability to communicate with the outside world. Like T6, millions of people worldwide have severe paralysis from spinal cord injury, stroke or neurodegenerative diseases, which precludes their ability to speak, write or otherwise communicate their thoughts and intentions to their loved ones.

"To be or not to be. That is also the text that Monkey J typed out using a brain implant to control a computer cursor. To be clear, the monkey didn't know it was copying Shakespeare, and it had no deep thoughts about Hamlet's famous monologue. Monkey J and its colleague, Monkey L, were both trained to use their neural implants to move a cursor over a computer screen, hitting circles as they turned green. Stanford University researchers placed letters on those targets to simulate the typing task.

It does not take an infinite number of monkeys to type a passage of Shakespeare. Instead, it takes a single monkey equipped with brain-sensing technology - and a cheat sheet. That technology, developed by Stanford Bio-X scientists Krishna Shenoy, a professor of electrical engineering at Stanford, and postdoctoral fellow Paul Nuyujukian, directly reads brain signals to drive a cursor moving over a keyboard. In an experiment conducted with monkeys, the animals were able to transcribe passages from the New York Times and Hamlet at a rate of up to 12 words per minute. Earlier versions of the technology have already been tested successfully in people with paralysis, but the typing was slow and imprecise. 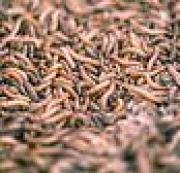 Scientists have developed a revolutionary device that lets paralyzed people use their thoughts to perform tasks they never thought they'd be able to do again. A brain-computer interface, called BrainGate, has demonstrated how it can help paraplegics in the past, but new research shows that the device can be hooked up to a basic tablet to send text messages, show the weather forecast and even play a digital piano. Volunteers with severe paralysis had to have a chip the size of a baby aspirin implanted into their brains in order to use the tablet. Participants have a'baby aspirin'-sized chip implanted into their brain's motor cortex. The motor cortex is a part of the brain that is responsible for the planning, control and execution of involuntary movements.