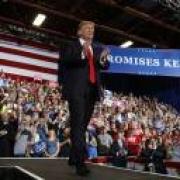 WASHINGTON – With the established global order on shaky footing, President Donald Trump's weeklong trip to Europe will test already strained bonds with some of America's closest allies, then put him face to face with the leader of the country whose electoral interference was meant to help put him in office. Trump departs Tuesday on a four-nation tour amid simmering disputes over trade and military spending with fellow Western democracies and speculation about whether he will rebuke or embrace Russian President Vladimir Putin. He meets the Russian leader in Helsinki as the finale of a trip with earlier stops in Belgium, England and Scotland. Trump has shown little regard for America's traditional bonds with the Old World, publicly upbraiding world leaders at NATO's new headquarters a year ago for not spending enough on defense and delivering searing indictments of Western trading partners last month at an international summit in Canada. On this trip, after meeting with NATO leaders in Brussels, he'll travel to the United Kingdom, where widespread protests are expected, before he heads to one of his Scottish golf resorts for the weekend. 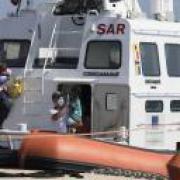 GLASGOW, SCOTLAND – President Donald Trump is setting expectations low for his high-stakes summit with Russian President Vladimir Putin, assuring that "nothing bad … and maybe some good will come out" of Monday's meeting in Finland. His national security adviser said they aren't looking for "concrete deliverables." Trump also tells CBS News in an interview conducted Saturday that he "hadn't thought" about asking Putin to extradite the dozen Russian military intelligence officers indicted this past week in Washington on charges related to the hacking of Democratic targets in the 2016 U.S. presidential election. But after being given the idea by his interviewer, Trump said "certainly I'll be asking about it." He blamed the Democratic National Committee for "allowing themselves to be hacked" by Russians trying to help elect him. 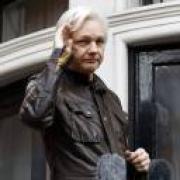 TURNBERRY, SCOTLAND – Two days before a high-stakes summit with Russian President Vladimir Putin, President Donald Trump played golf and tweeted Saturday from one of his namesake resorts, blaming his predecessor for Russian election meddling and lashing out at the free press from foreign soil. Aides had said Trump would spend the weekend preparing to meet Putin on Monday in Helsinki, but the tweets showed other topics were on his mind. "I have arrived in Scotland and will be at Trump Turnberry for two days of meetings, calls and hopefully, some golf -- my primary form of exercise!" he tweeted early Saturday, referencing his seaside golf resort. "The weather is beautiful, and this place is incredible! Tomorrow I go to Helsinki for a Monday meeting with Vladimir Putin."

The Latest: Trump Sets Combative Tone Ahead of Europe Trip

Trump is headed to Brussels, Britain and Scotland, then to Finland, where he's expected to sit down with Russia President Vladimir Putin in Helsinki. Trump has long been at odds with U.S. allies over NATO spending, pressing member countries to fulfill their goal of spending 2 percent of their gross domestic products on defense by 2024.

After his meeting with NATO leaders, Trump is scheduled to visit London for talks with British Prime Minister Theresa May, days after her Cabinet was hit by two major resignations over the Brexit issue. He will then sit down next Monday in Helsinki for talks with Russian President Vladimir Putin, who U.S. officials believe would like to exploit divisions within NATO.