BIRMINGHAM, ALABAMA – Convicted of murder in the deadliest attack of the civil rights era, the one-time Ku Klux Klansman glowered when the judge asked if he had anything to say before going to prison for the 1963 church bombing that killed four black girls. Bobby Frank Cherry pointed at a prosecution table that included Doug Jones. 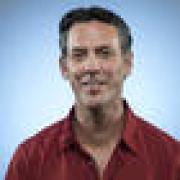 The odds of any Democrat capturing a U.S. Senate seat in Alabama are steep at best, but Doug Jones was uniquely suited to pull off an upset Tuesday over Republican Roy Moore.

At first glance, the idea of Doug Jones seeking the Democratic nomination in 2020 is absurd. This was his first serious political race; he has no national experience; he was almost completely unknown six months ago; the election he won was extremely unique. But during a time in which career politicians are lucky to be merely disliked, Jones' biography has much to offer. A former United States attorney appointed by President Bill Clinton, Jones prosecuted several high-profile cases, including the anti-abortion terrorist Eric Rudolph. Even more notably, he led the effort to try two of the (Klans)men behind the infamous 1963 16th Street Baptist Church bombing in Birmingham, Alabama.